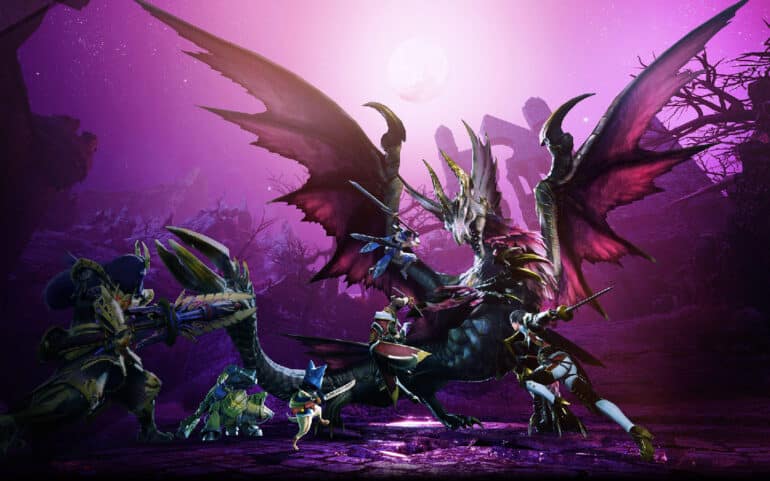 Along with the recent leaks leading to Monster Hunter Rise Sunbreak’s release, new game mechanics and content such as Rampage Decorations and Afflicted Monsters have been rumored to be present in the game. These will give a more diverse progression experience along with the Master Rank challenges that players will face in Elgado. We’ll take a look at what these new mechanics will bring into the game based on the leaked info available so far.

Based on how Master Rank weapons are described, we can expect that Rampage Weapons can be upgraded beyond Rank S. However, in the process of upgrading them into the Master Rank tier, they will lose some of their Rampage Skills. This is where the Rampage Decorations become useful.

A list of the Rampage Decorations can be found in this Pastebin by ASTERISKAMPERSAND.

Afflicted Monsters appear to be at the same level as Frenzied Monsters wherein they get infected and powered up by an external cause. This is caused by the same bugs that latch on to Malzeno, known as Qurio, which then swarm on other monsters and give them the “afflicted” status.

When a monster gets afflicted, not only do they get tougher and more ravenous, they also get the ability to inflict Bloodblight against hunters. An additional description about the new boss monster, Gaismagorm, suggests that Malzeno was just some sort of a vessel or middle-monster for the Qurio and that these bugs are actually symbiotically connected to Gaismagorm. The Qurio latch themselves onto Gaismagorm who then feeds from the lifeforce they’ve gathered.

Another notable thing about these afflicted monsters is that they have their own slaying quests, but no hunting quest which means they can only be slain, but they cannot be captured. Slain afflicted monsters drop “afflicted” materials which count as separate items from their regular versions and can be surmised as the materials needed for some, if not all, end game gear and weapons.

UPDATED: The latest Nintendo Direct Mini: Partner Showcase shows what looks like an afflicted Tetranadon as shown below.

We still recommend to take these details with a grain of salt until officially confirmed. However, the same Twitter user has posted the other leaks such as some images of Gaismagorm which have now been taken down through DMCA requests, so that puts some credence to the legitimacy of these leaks.

While waiting for Sunbreak to drop, watch this video by Yokai Nox showing the things to do to prepare for the expansion: