A sneak peek of the newly leaked monsters for Monster Hunter Rise: Sunbreak. 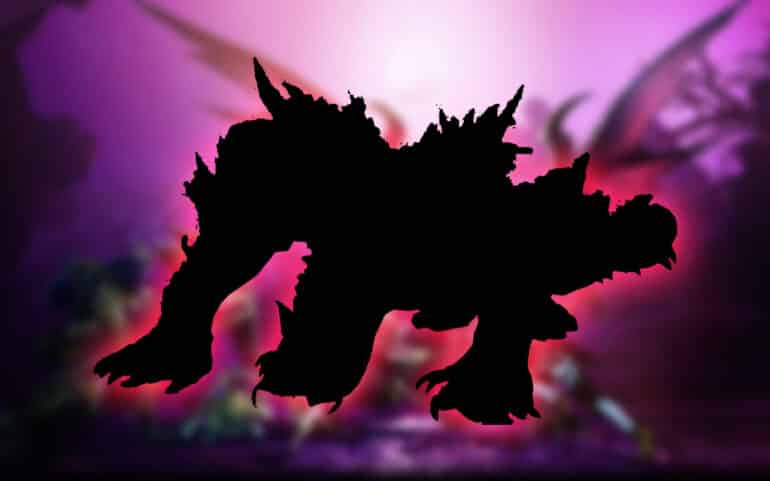 Sunbreak is about to come out in a few days, and with some people who were privileged to get their hands on the copy of the game before release, leaks about the game are now coming out, with the biggest one being Sunbreak’s complete monster roster. The leak includes the new Monster Hunter Rise Sunbreak Gaismagorm which is speculated to be the final boss monster for this game.

CONFIRMED as of the latest Nintendo Direct Mini 6.28.2022. The list below have been updated with images from the showcase.

We’re going to take a look at all the monsters included in this leak and see what we can expect with regards to Sunbreak’s story.

Listed below are the newly added monsters based from the most recent leak (from this Reddit post). So far, what we’ve seen from the leaks are just the monster icons, but there’s also a leaked 3D model of Sunbreak’s big boss monster, Gaismagorm, that we’re going to get a better look below, plus a screenshot of Scorned Magnamalo (credited to a reply from @AsteriskAmpers1 tweet on Twitter).

Gaismagorm is considered to be the final boss monster for Sunbreak and may have been tagged as the “Abyssal Archdemon”. Based from its appearance, it could possibly be based from a zombie following the western monster theme of Sunbreak. Its icon depicts it as a monster coming out of the ground, while its 3D model looks like a monster that is just about to rot. It also has red scales coming out from its body, making them look like crystallized blood.

The difference between the icon and the 3D model suggests that these red scales may not be present all the time and only show up when Gaismagorm is enraged.

Going back to the ending of Rise, your final village quest was to defeat Narwa the Allmother and in the early parts of the fight, it was suggested that Narwa and Ibushi has mated. Upon defeating Narwa, she fell to the ground and through a very deep hole.

We can speculate that Gaismagorm is related to Narwa based from its features like its split jaw and its general body structure, and could possibly be a mutated offspring of Narwa. It could possible be Narwa herself, but it’s a bit unlikely and it has been given its own name. Or maybe Gaismagorm is an entirely new species on its own.

Nevertheless, there is something down in that cavern where Narwa fell that’s quite interesting and may possibly give us stronger variations or mutations of existing monsters. It could also be connected to the Powered-up Monsters that we’re going to get from the Free Title Updates.

Since we’ve seen Gore Magala’s reveal in the recent Sunbreak trailer, it has been expected that Shagaru Magala would be in the game as well since it is Gore’s adult form.

Scorned Magnamalo appears to fall into the category of the deviant monsters looking like it has gone through a lot of battles. It is missing an eye which may have been scratched off from one of its many turf wars and one of its horns look like it has been broken off. It also has noticeably longer arm blades.

Furious Rajang is a stronger variant of the common Rajang. It appears like it’s constantly enraged thanks to its golden coat, and it has also lost its long tail which also contributes to its increase in power.

While waiting for Sunbreak to drop, watch this video by Yokai Nox showing the things to do to prepare for the expansion: