A guide on how to obtain and use the Powerpass. 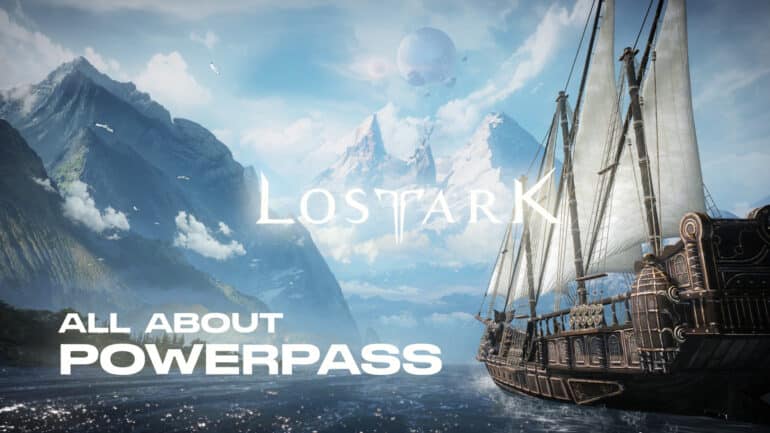 The Powerpass is Lost Ark‘s way of allowing players to boost their alternate characters to level 50 without having to spend the same amount of time it took for the first character to reach it. In this guide, we will talk about how to obtain the Powerpass and how to use it properly for your characters.

What is a Powerpass?

A Powerpass is sort of a speed-up ticket that players can use on their alternate characters to boost them up to level 50 instantly. Aside from that, characters who use the Powerpass will also get gear with a total item level of 302, and will start with quests for the continent of Rohendel.

Powerpasses are free and an account can only have a maximum of two (2) Powerpasses, with the second Powerpass becoming available to use for another character right after the first one has been used. So far, there are no other ways to get another Powerpass once both passes are used up, not even as a purchasable pass through the premium store.

How to Get a Powerpass in Lost Ark

To get a Powerpass, you have to finish the main story quests in the Vern Continent. The last quest in this quest line is “Ealyn’s Gift” which will reward you with the Powerpass. This will then be available for you to claim through your in-game mailbox. It goes the same for the second pass that you’ll get once the first pass has been used.

How to Use a Powerpass

Create a new character in your roster

On the character selection screen, create a new character first if you haven’t yet. You can pre-select a class and an advanced class for the new character. You can also even select a level 10 character that has already gone through the prologue.

Select the character that will use the Powerpass

Select the character that you want to use the Powerpass on and click the Powerpass button, then choose Yes on the verification prompt to confirm.

Go through the Prologue stages

This part of the Powerpass will have you go through Trixion again, then through the prologue once more. This time, Beatrice will offer a more summarized story and allow you to relive some pivotal parts of the journey.

Your choices between your first and second passes will differ, so you can opt to skip some parts in your first pass, and decide to go through all parts on the second pass, or vice versa.

Listed below are the five sections and their corresponding rewards, if there’s any:

Note that all of the bonus rewards can only be redeemed once per roster, so some rewards can be split or redeemed between the two passes.

After going through the prologue stages, you will then arrive at your adventurer’s shelter with a level 50 character. Don’t forget to check out your inventory for your equipment chest, as well as your other mounts and bonuses.

How does Powerpass work in Lost Ark?

Using a Powerpass will definitely save you time and effort as you won’t have to go through all the quests and grinding once more. Because of that, you don’t have to worry about the early parts of the game and you can just focus on the endgame.

Your Adventurer’s Tome and all other records are shared between all your characters in your roster, so you won’t have to revisit and unlock all the Triports that you’ve unlocked so far, as well as re-collect all of the Mokoko Seeds and other collectibles.

Of course, there are also some cons when using the pass. You’ll be missing out on some of the quest-specific rewards since you’ll only be given the equipment chest and all other essentials like the mounts. This means, you’ll miss out on the quests that give out card packs which are considered as one of the valuable items you can receive in the game.

If a Character that used a Powerpass gets deleted, will it restore the Powerpass?

No, the Powerpass will still be considered as spent even if the character that it was used on is deleted.

Should I use the Powerpass right away?

That would be totally up to you. Though it’s also best to know that there are still other classes that have yet to be released, and if you would like to use them for endgame as soon as possible, then saving the pass for them is also an option, especially that the pass is currently limited at the moment.

Knowledge Transfer is sort of like the Powerpass, except for a few parts. It also has the option to boost your character up to level 50, however the process costs a huge amount of gold and the process takes 8 hours. To unlock the feature, all you need is to reach Stronghold level 5 on your account.

As for the next Knowledge Transfer option, it will allow your character to complete all quests related to Rohendel. The requirements are:

So the Knowledge Transfer is another good option to boost the other characters in your roster, as well as an option to help them catch up with the quests without going through them once more.

Check out this video by Dvalin on how to get and use the Powerpass: