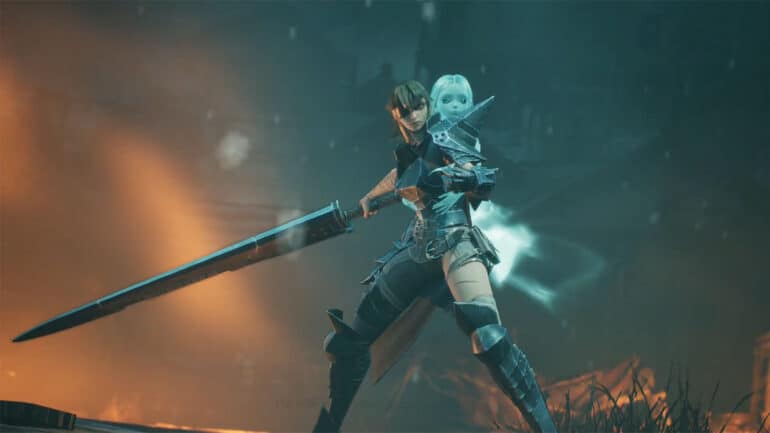 Unstoppable is the eights chapter in Soulstice in which the sisters finally meet who was behind the explosive attack. They will have to do all that they can to defeat the very powerful boss, even using the Rapture which puts them at risk of transcending and becoming just like them.

In this guide, we will talk about Chapter 8: Unstoppable in Soulstice, showing any tips, tricks, or collectibles that can be found within the chapter.

Chapter 8 focuses on the boss fight against the Hulking Monstrosity which is a giant floating head with two sides. There are two parts to the boss fight where they chase you down through the streets first, and then it ends as a one-on-one fight.

As you make your way through the town, you will end up at the Old Customs House where you see the two enemies behind the attack. After a cutscene, you will then be chased by the Hulking Monstrosity.

The camera angle is shot from the front, so you will have to pay attention to any obstructions along your path, which can be dealt with either by attacking or by dashing through them. The boss will also continuously do several laser attacks, some of which can be interrupted by Lute, while others will have you going for safe spots.

The type of attacks are:

You’ll momentarily shake them off as you head into the Smuggling Tunnels. As you head back up to the surface, the chase will continue. They will then do more attacks such as:

You’ll then arrive at the town square where the second phase happens.

You’ll get to fight the Hulking Monstrosity within the town square. They will have several different attacks that can be quite dangerous, and they can’t be dealt damage to at the first part of the fight. Their attacks are:

After doing several of their attacks, they will drop to the ground. The two sides of their heads will grow red and blue each. Use either the Evocation or Banishment fields while attacking the respective sides to break them and end the battle. A short cutscene will then play.

Check out this video by GamerFuzion showing the gameplay for Chapter 8: