Looking for games to buy in the month of August? Check this list out. 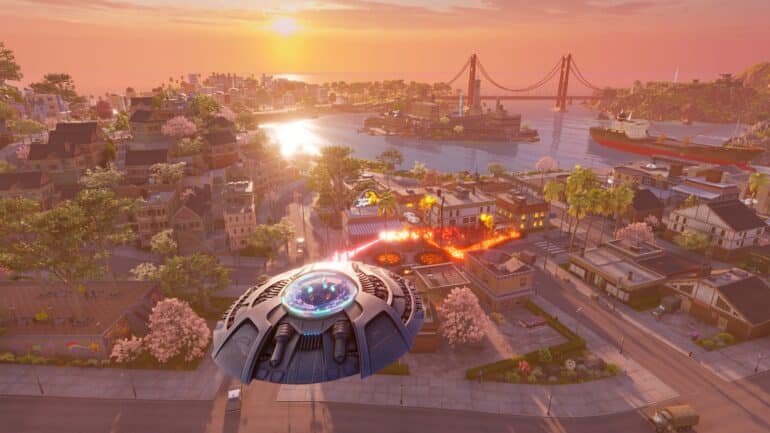 August 2022 is a month jam-packed with all new game releases. This is just the beginning of the hectic -ber months where even bigger games will be released. Compared to the last week of July, August seems to have a good mix of anticipated games and sleeper hits we think will do good.

And without further ado, here’s our list of top August game releases 2022.

We’re starting this list off with a potentially fun, definitely interesting game idea. In this fashion-inspired boomer shooter, we take on the badge to right the wrongs of the fashion world and see that everyone is dressed in their very best. Use the right gear to fix their clothing faux pas wherever they may be and uncover a plot to destroy the fabric of style!

Lost in Play brings many of us back to a time when imagination and child-like play were a huge part of our lives. Explore the boundless skies and the serenity of the darkest depths of the ocean, without leaving the confines of the neighborhood. It’s all possible with a strong enough imagination.

While it is unfortunate that Thymesia was recently delayed, it is ultimately a good thing since the concerns of the game’s biggest supporters aka the fans are being addressed. Nonetheless, it is only a 9-day delay and we shouldn’t panic just yet. But if another delay is announced… we might have reason to be worried.

Have you guys tried out the Saints Row Boss Factory feature yet? Deep Silver is going all-in on this reboot of the Saints Row franchise. And while this group of saints may be exciting and new, many still long for the days when the ridiculous was commonplace in a Saints Row game. Only time will tell if this new batch of saints will catch on like on. Remember, it took the original Saints Row a couple or so games to break away from its GTA influences and embrace their own brand of fun.

From the same minds that brought us the very chill and accessible, Oli Oli World, Roll7 takes us into a completely different world where rollerskating and bloodsport are the same things. Rollerdrome rewards players who make stylish plays while destroying the competition for the sake of adoration and applause. That’s bloodsports for ya.

What can we say about Marvel’s Spider-Man, it’s a modern masterpiece and the remastered PS5 version is making its way to PC. Relive the adventures of Peter Parker as he balances a “normal” life and the life of a friendly neighborhood Spider-Man, all in Ultra setting. (If your PC can handle such a thing.) And yes, we could have chosen another game for this list of August game releases 2022 but it’s Marvel’s Spider-Man, it’s hard to ignore that release.

Once an offshoot of the Shin Megami Tensei series, Soul Hackers returns after a long sleep-like death in the sequel Soul Hackers 2… much like the characters in this game. Players must piece together the broken chain of events that led to their untimely ends, all the while doing something as mundane as saving the world from utter destruction.

The SD (Super Deformed) Gundam series has always been about bringing various Mobile Suits together and causing all sorts of chibi mayhem. SD Gundam Battle Alliance takes players to a false world where events are distorted and are in danger of breaking the timeline. And it then our duty to set things right… either solo or with friends.

As noted in our previews of the game, on the surface level, Two Point Campus is very much similar to its predecessor, Two Point Hospital, but it is uniquely its own game. The goal is to ensure students get the best education while helping them find themselves before they embark on their next stage in life. This is very different from Two Point Hospital where the patients go in and out of your hospital in a constantly moving stream of little people. (If you’re that good of a building designer.)

Sword and Fairy: Together Forever

As August game releases 2022 go, Sword and Fairy: Together Forever is probably to make a splash, much in the same way its Steam version has gotten momentum over the last year and a half. Gameplay-wise, it takes everything that works in Eastern action RPGs and brings it all to life through some very nice visuals. Can it go the distance and impress PlayStation audiences in the West? We’ll just have to wait and see.

We’ve said it many times and we’ll continue saying it, Tinykin is 2D Pikmin in a 3D world and instead of being stuck on an alien planet, your character Milo is stuck in a world that somehow resembles Earth 1990s. At least the bug people are kind and the mysterious Tinykin are useful to some degree.

And here we are! The top of our list of August game releases 2022! And the honor goes to the impressive and fun-looking Destroy All Humans! 2: Reprobed. For a remake, this goes above and beyond what we’re expecting. Crypto has gone a long way since subjecting one half of the world and it seems like the other half won’t go down without a fight. Good. It wouldn’t be fun otherwise.

And that’s it for our list of top August game releases 2022. Check back with us for more news of surprise releases as the month progresses. The -ber months are getting close and it is only the beginning of larger releases at year’s end.

Also, check out this video from Youtuber MOB-X Game where he talks about his list of 18 best upcoming August game releases 2022 for PC and console.