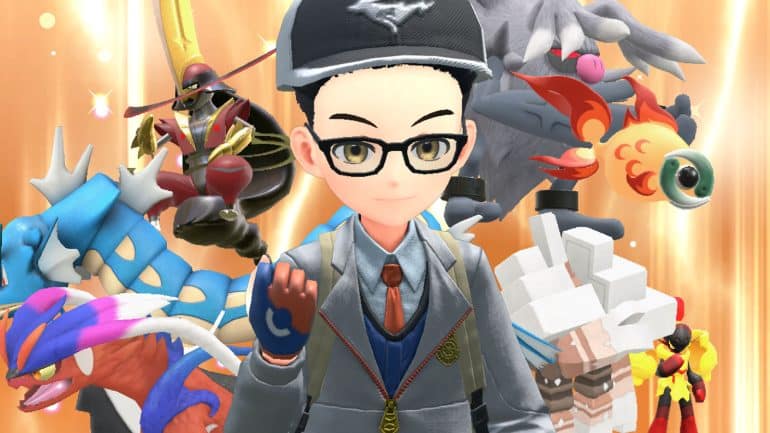 Another exploit has been discovered in Pokémon Scarlet and Violet, and it’s a very helpful one that can allow players to have unlimited sparkling powers. YouTube user Austin John Plays recently shared his discovery of this exploit that allowed him to get the meal powers from the sandwich he made, while still getting back all the ingredients that he used which essentially made it a free meal that can be replicated indefinitely.

In this guide, we will talk about the Unlimited Sparkling Power Sandwich exploit and go through the steps on how to do it.

How to prepare for the Unlimited Sparkling Power exploit

This exploit can only work with at least two copies of the game at play since it requires the Union Circle’s multiplayer feature, so if you have two Switch units with two copies of either Scarlet or Violet, or a friend who you can play with, this method should work for you.

Another thing to prepare is that you and your friend must have reached the post-game content, defeated all the Gym Leader rematch, and collected some of the necessary Herba Mysticas acquired from the 5* and 6* Tera Raids for the Sparkling Power Sandwich/es that you’ll be making. Refer to this guide for the recipes under the How to get the Sparkling Power buff section. You may also want to check out Papa Jefé‘s sandwich recipes that make use of the other types of herbs.

Technically, any sandwich recipe can be done through this manner, however it’s only worth to do it for those that use the Herba Mysticas which are the rarest ingredients.

How to do the Unlimited Sparkling Power exploit

Listed below are the steps on how to do the Unlimited Sparkling Power exploit. For this guide, we will be following the recipe mentioned above (x1 topping and x2 herb). Pay close attention to the additional ingredient that the other player must add to avoid messing up the meal power outcome. Also, we’ll go by Player 1 (you, P1) and Player 2 (friend, other Switch, P2) for this guide; P2 will be the one getting the buff for “free”.

To host a Union Circle, simply go to any Pokémon Center and interact with the yellow panel on the side where the yellow floor circle is, then choose Form a group. Finally, share the Link Code to the other players so that they can join in.

You as the P1, and the other player should then be at the same spot, then set the picnic up.

Head to the picnic table and create a sandwich, then have P2 join in on creating a sandwich. As P1, follow the x1 topping and x2 herb recipe, but for P2, they only have to place the same topping and replace the condiments with one that doesn’t affect the Meal Power outcome. For this particular recipe, a single butter will do for all Encounter types except for the Normal type which requires mayonnaise.

P1 will then have to close the game once the screen showing the completed sandwich and its buffs show up; this is to prevent the game from saving automatically, as it does so during most online activities. This leaves P2 getting disconnected from the Union Circle, but still retaining the buffs obtained from the sandwich from just spending a few regular ingredients other than the herbs.

As for you, the P1, you can re-enter the game and you’ll find that your ingredients will be back in your bag. You can then switch roles with P2 once P2’s buff is done if you want to get the buff. Since you won’t be using up the herbs, you will only need to replenish your stocks of the topping and the condiment to replace the herbs from time to time.

Check out this video by Austin John Plays talking about how the Unlimited Sparkling Power exploit works: