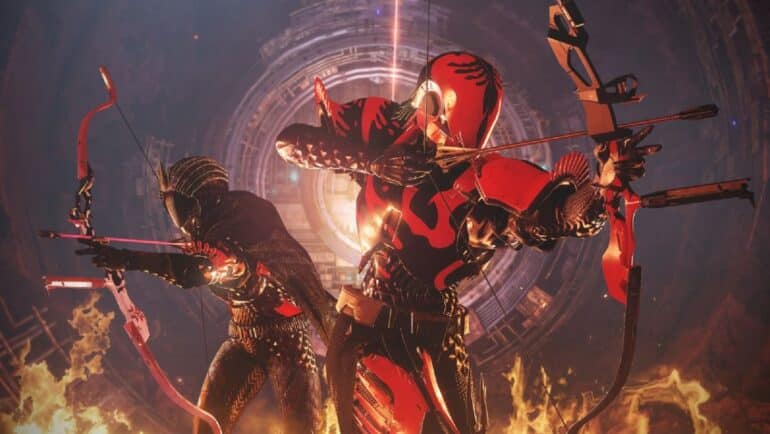 Destiny 2 Season 17 Leaks is is making its way to the general public on the web. A new era is on the horizon for Destiny 2 players as the current season comes to an end. As players eagerly await the release of Lightfall in Destiny 2, the game is still going strong in its fifth year, The Witch Queen.

Season 17 of Destiny 2 is being kept under wraps by Bungie, who is trying to focus on any and all major revelations and information leaks. New seasonal releases are being swept under the rug until a week before debut, with only technical specifications and feature-level revamps being revealed if necessary.

Season 17 of Destiny 2 is no different, although Bungie appears to have dropped the ball this time around. We’ve learned that all three new armor sets and several new weapons are expected to be released with this season’s Throne World PvP level Disjunction, which was featured in last week’s TWAB blog post.

It looks like the armor and weapons in the image were upscaled using AI. As an example, the hunter’s cloak bears insignia that could be a new version of an Eliksni house. If that is the case, then Season 17 will also be Fallen-themed.

No one knows for sure if these are Fallen-themed armor sets, but based on their silhouettes, it appears as though they must be armed with a sword and trace rifle.

According to Forbes, a recent leak stated that a ‘Destiny 1’ Exotic will be arriving to Destiny 2 in Season 17.

Bungie mistakenly disclosed this old Exotic’s comeback in their blog titled ‘This Week at Bungie’ due to the redacted exotic not being redacted in Japanese.

For its first period in Season 17, The Trespasser will be making an appearance in the game. In Destiny 1, the Rise of Iron expansion included the exotic sidearm.

When a (REDACTED) weapon was listed as one of the “outliers” for Destiny 2’s new Airborne Effectiveness stat, the blog’s ‘redacted’ feature didn’t work in Japan, therefore the exotic was revealed.

More evidence can be found in the improvements made to the Iron Banner in Destiny 2 Season 17. Although Trespasser was added to Destiny 1 for the first time during the Rise of Iron expansion, there are a number of clues that suggest Warmind AI Rasputin may also make a comeback during the next season.

Season 17 will include a new dungeon, as Bungie has revealed. Aside from the video footage, there is no further information on the new dungeon.

Seasonal and Weekly Raid Challenges will be implemented to give players a new twist on classic raids. The rotation of dungeons and raids will allow players to earn fresh prizes for finishing each one.

Season 17 of the Trials of Osiris will see a few modifications. The Seasonal Rotation will have seven maps, and one of them will be chosen by player vote. Capture Zone and Freelance Weekends will remain, but the Adept Rewards will be updated to reflect the new rules.