Disney Dreamlight Valley: My Kingdom For A Scroll Quest Walkthrough 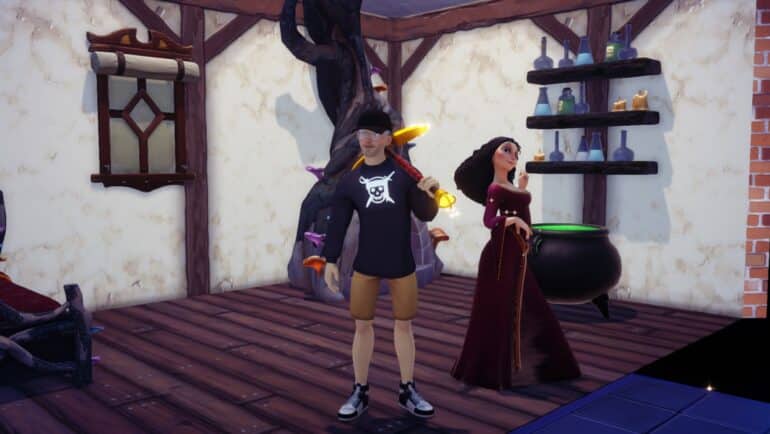 My Kingdom For A Scroll Quest Walkthrough

Once you accept Mother Gothel’s quest, she’ll provide you the recipe to make a Micberry tree, which you can then use to monitor in on what Scrooge is saying in his shop.

As such, these are the following materials required to craft the Micberry Tree:

Softwood can be found on the ground scattered throughout the Plaza, Peaceful Meadow, Forest of Valor, and Glade of Trust. As for Soil, you just have to use your Royal Shovel and dig up areas that has grass.

Once you have all the materials, head to a Crafting Station to make the Micberry Tree, and then place it outside, close to Scrooge’s shop. Speak to both Goofy and Mother Gothel afterwards for your next objectives.

Finding Scrooge McDuck’s Key and a Locked Chest will be your next objectives after listening to the recording.

Scrooge McDuck’s Key can be found in the Glade of Trust. Head towards the large river connected to Sunlit Plateau and you’ll eventually spot an orange fishing node (bubbling circle), go ahead and use your fishing rod to grab the key.

Meanwhile, Scrooge McDuck’s locked chest can be found in Dazzle Beach. Head towards the entrance of the Mystical Cave and you’ll eventually spot a glittering mound in front of a broken pillar, go ahead and use your Royal Shovel to dig up the chest.

Return to Mother Gothel and give her the chest and key to complete the quest.

Also check out this video by Quick Tips on how to complete My Kingdom For A Scroll Quest in Disney Dreamlight Valley: