A guide on how to reach and traverse Elphael, Brace of the Haligtree in Elden Ring. 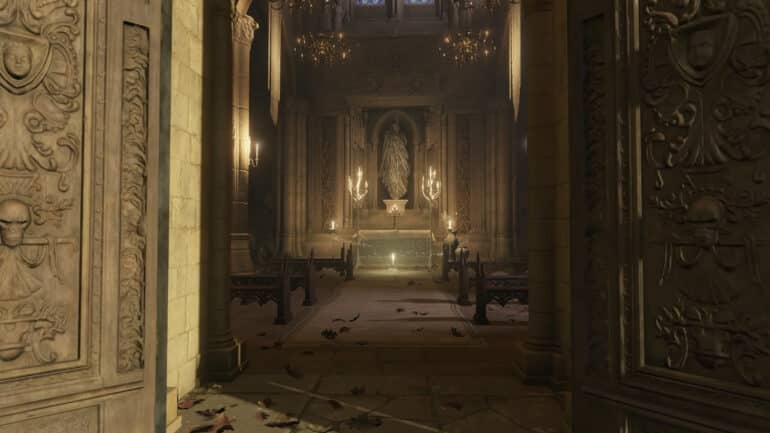 Elphael, Brace of the Haligtree is a legacy dungeon in Elden Ring situated at the base of Miquella’s Haligtree. It’s a castle constructed on the side of the tree where followers of Miquella resided in order to take care of the tree as well as guard it from any intruders.

Despite its fall when Miquella was taken by Mohg from the base of the Haligtree, many of Elphael’s knights and soldiers still remain on their posts and patrols through the many chambers of the castle. At the very end of the castle is where Malenia can be found, still waiting for her brother to come back.

This guide picks up from the fight against Loretta, Knight of Haligtree. Do check out our Miquella’s Haligtree Guide here to find out how to gain access to the Haligtree and reach Loretta.

Elphael, Brace of the Haligtree location in Elden Ring

Elphael, Brace of the Haligtree, as its title suggests, is situated at the base of the Haligtree which is at the northernmost known area of the Lands Between. Due to the topography and how the waygate is set up from Ordina, you will first arrive at the Haligtree’s canopy and you have to make your way down to reach Elphael.

How to Get to Elphael, Brace of the Haligtree?

After the fight against Loretta, Knight of Haligtree, you will gain access to both the Haligtree Promenade Site of Grace and the path to continue down towards Elphael. Slide down the tall ladder and then take the lift to descend to the bridge towards Elphael.

How to Get to Malenia, Blade of Miquella in Elden Ring?

The castle of Elphael has several chambers and paths that go through multiple floors. Depending on your preference, you can search through all the chambers of Elphael, or you can make a beeline to get to the base of the Haligtree and fight against Malenia. We will go through the steps on how to reach Malenia first, and we’ll talk about additional notes for any significant loot within the area.

As you exit the lift, cross the bridge towards the Prayer Room where you will find the first Site of Grace in Elphael. Beware of the Cleanrot Knight guarding the entrance to the room. It can inflict Scarlet Rot if you get caught by its lance thrust.

Move through the outer path and down the stairs

From the Site of Grace, head to the right and continue down the stairs. There will be a few soldiers who you can slay easily. Continue going straight and down the stairs until you reach a dead end.

Jump over the railing down to the staircase below

Right at the dead end, jump over the broken railings to land on the staircase on a lower level. Enter the room with pillars and a couple of knights inside. You can choose to fight the knights, or just head straight to the exit. If you choose to explore in this room some more, you will find the Cleanrot Knight Finlay Ashes. Continue heading straight through the path outside until you see a curved staircase.

Go down the curved staircase to the right

Take the staircase to the right a head downwards. Take a couple more steps forward as you get down the stairs and jump over the railings to your left. As you land, immediately head straight to the ladder to avoid getting caught by the enemy that spawns from the floor.

You can head straight instead of jumping over the railings, but you will have to go through ballistae, some archers, and an Erdtree Avatar. The detour lets you bypass the ballistae which makes it easier to get past the Erdtree Avatar and into the hall behind it.

Once you get past the Erdtree Avatar, follow the hall and turn left to see the Site of Grace. Continue straight into the next room and follow the giant root to the left as it exits through the hole in the wall.

Prepare your Preserving Boluses for this one. Cross the river of Scarlet Rot and be careful not to fall down the waterfall. As you reach the other side, follow the hanging root to the right, and then jump to the root to the left. Then, head to the entrance of the wall and go down the ladder to the left. Follow the canal downwards until you reach another chamber.

As you enter the door to the chapel, jump down to the ground floor and take the exit to your left and you will find a lift that will take you down to another chamber.

From the lift, head straight and you will be able to use the Haligtree Roots Site of Grace. Go further down from the Site of Grace and cross the fog to initiate the boss fight against Malenia.

Malenia is considered to be one of the toughest bosses to fight against due to her speed, reach, and the ability to inflict rot quickly. Plus, she has an active healing effect throughout the fight that heals her every time one of her attacks connect. She has two phases and she goes into her second phase once her health is fully depleted for the first time.

On her first phase, she will do a flurry of slashes and thrusts with her blade. Her blade swings have quite the range due to her blade’s length plus she remains mobile for a bit while dishing out her attacks. She can also do jumping attacks to help her close the gap.

On her second phase, her attacks have longer animations and recovery, but they hit fatally hard. Also, when she is at bloom after doing a dive, touching her petals can quickly inflict Scarlet Rot.

It’s recommended to enter Elphael and fight Malenia at level 110 and above, with fully upgraded gear and weapons that inflict burn, frostbite, or bleed. Also, bring a lot of Preserving Boluses to counteract her Scarlet Rot. If you are having a challenging time with this fight, you can summon a spirit or your mimic to help with the damage and alleviate aggro.

Here are some of the loot that you can find while exploring even further into the Elphael castle:

Check out this video by Arekkz Gaming showing how to quickly go through the Elphael castle and reach Malenia’s boss fight: