How to Get the High On Life Secret Ending 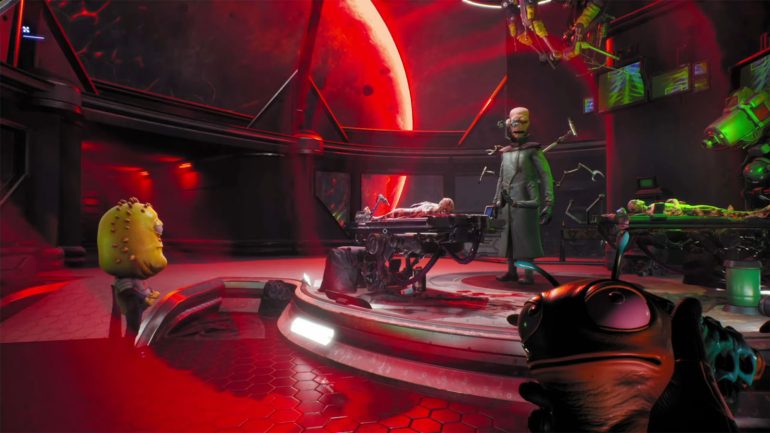 High On Life hides a secret ending for players who stick around and fiddle with some more exploration in the game. Like with the general vibe and humor of the game, this ending is sort of a self-aware nudge and a teaser of what could be a possible sequel on top of adding some deeper story behind the villainous machinations that started it all.

Read on, and this guide will talk about how to get the secret ending in High On Life.

How to get the secret ending in High On Life?

In order to reach the secret ending for High On Life, you must first complete the game by defeating Garmantuous. Then, access the Portal station and go to Nova Sanctus > Clugg’s Office.

Once you arrive, check the desk and you should see a pink Human Haven Keycard that you can grab.

Head back to the Portal station and go to Unknown Sector > Human Haven. You’ll then arrive inside a building where there are people lounging around.

There’s a do not climb sign in the center structure, and of course it’s a sign to do it otherwise. Look up and you should see some ledges on the sides of the wall. Make your way up the room by jumping up these ledges using your jetpack. You’ll eventually arrive at the ceiling where a walkway leads to a door. Since you have the keycard, you can then open this door.

Enter the corridor and you’ll be in a small room. Use Sweezy’s Time Bubble to stop the fan blades and then proceed through the pipe. You’ll arrive at another vent shaft, but prepare to use Sweezy again before jumping down as there’s another fan right where you drop.

You’ll then arrive in a lab full off human corpses. Continue moving through the door and you’ll see Clugg through a window. Chase him down and you’ll arrive at the chamber where Dr. Gurgula is in.

You won’t be able to do anything to him has he puts you in a stasis hold. After his dialogue, he’ll escape through a portal and whoever gun you have out at this time will make a remark about the incident, also mentioning a possibility of a sequel.

If a sequel is definitely in the works right now, then we can expect to see Dr. Gurgula again. As to whether he is the next game’s big villain or just another small fry in a larger operation, that’s something we have wait to find out.

Also watch this video by Novey909 showing how to reach the secret ending of High On Life: