Where to Find Toedscruel in Pokémon Scarlet and Violet 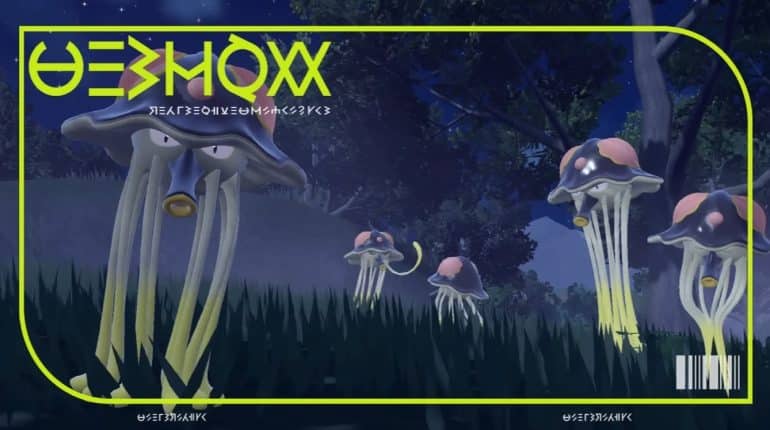 One of the most recent Pokémon found in Pokémon Scarlet and Violet is Toedscruel, which resembles a Tentacruel that has adapted to the marshes and poisonous fogs of the Paldean region. Read on, and this guide will teach players what kind of Pokémon Toedscruel is and where to find this rare species.

What is Toedscruel in Pokémon Scarlet and Violet?

Toedscruel is a dual-type Ground/Grass Pokémon and is a convergent species of Tentacruel. This Pokemon is a large mushroom-like creature and is the evolved form of Toedscool. According to the Pokedex, these Pokémon gather into groups and form colonies deep within forests and absolutely hate it when strangers approach.

Since this is a Ground Grass type-Pokemon, it is highly immune against Electric attacks and can resist Ground and Rock-type attacks. However, it is weak against Flying, Bug, Fire, and Ice-type moves.

Where to Find Toesdcruel in Pokémon Scarlet and Violet?

There are at least two ways to get Toesdcruel. The 1st is to travel to the mushroom forest above Casseroya Lake. It will be found mostly nearby tree areas and will run away quickly once it is spotted by trainers.

Another method to get Toesdcruel is by capturing its pre-evolved form known as Toedscool. Below is a list of locations where Toedscool can be found:

Once players manage to catch Toedscool, level it through battles or use XP candies until it reaches level 30 and it will eventually evolve into Toedscruel.

How to Catch Toesdcruel in Pokémon Scarlet and Violet?

Upon confronting Toesdcruel, players must remember that this Pokémon’s catch rate is at 20.1% making it a challenge to capture. If players confront Toedscool, the catch rate will be at least 35.2% at best. Use moves like False Swipe, Hypnosis, Sleep Powder, and Disable to increase the catch rate.

Not only that, trainers must stock up on the following Poké-balls so that they have a better chance of getting Toesdcruel:

Below are the basic stats of Toedscruel once they either catch them or evolve them from Toedscool:

When a Pokémon levels up, there will be times that it will learn new moves that will improve its performance in battle. Below is the list of moves that Toesdcruel can learn:

Also watch Quick Tips’ Video on how to find Toedscool and evolve it into Toedscruel in Pokemon Scarlet And Violet: