A guide on how Shared Wisdom works in Destiny 2. 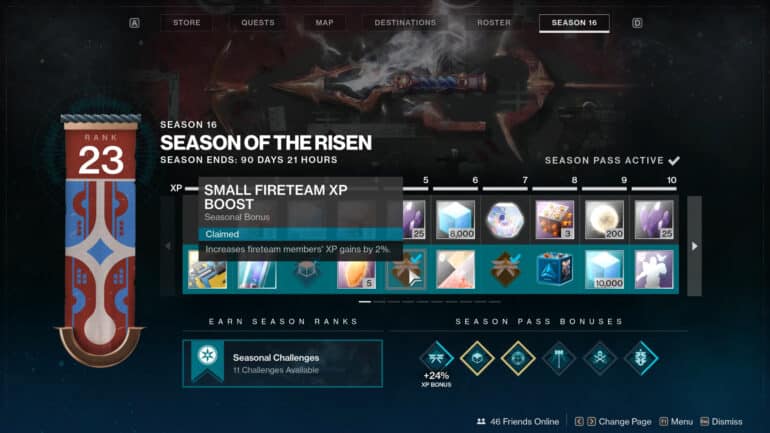 Shared Wisdom in Destiny 2 dis one of the buffs that can help boost players’ XP gain from killing enemies or turning in bounties. Leveling up in Destiny 2 can be quite a grindy experience, especially once you have arrived at the endgame and reaching those next levels will require more XP than the previous one.

Good thing that the Witch Queen expansion just arrived, so there will be a lot more content to look forward to, along with the new season pass that gives some XP bonuses.

But what if you are just about to reach endgame and you want to enjoy the new content without worrying about being under leveled? You do not have to worry because in this guide, we will talk about one of the ways to get more XP to help you gain levels faster.

What is Shared Wisdom in Destiny 2?

How to Acquire Shared Wisdom in Destiny 2

Since the Shared Wisdom buff is applied to all of the members in a fireteam, only one member has to have the buff active. This means that you can still get the benefits from the buff without purchasing the season pass just by joining a fireteam with a member who has the buff active.

Shared Wisdom works when a player uses a Small Fireteam XP Boost and they join a fireteam. Every boost used will provide a 2% XP boost that stacks on itself, to a maximum of 8% XP boost.

For example, if a player used 3 Fireteam XP Boosts, they’ll get a total of 6% XP boost under the Shared Wisdom buff. This applies to every member in the current fireteam, regardless if they also have the boost or not.

However, the Shared Wisdom buff does not stack between players; whatever the highest % boost among the members will be the one applied for the fireteam. So if one fireteam member has a 6% XP buff while the other member has an 8% XP buff, the entire fireteam will only get an 8% XP buff.

How to Optimize the Shared Wisdom Buff

If you have gone through the paid route on the season pass, make sure that you join a fireteam to reap the XP bonus. Shared Wisdom also stacks with your own XP buff and Ghost mod, so make sure you have those in effect, too. This goes the same for F2P players; just check out anyone who has the buff active and see if they can allow you to join.

Save up your bounties and only turn them in once you have the buff active. Even though the bonus rate is just small, it will still add up in the end especially if you have stacked up the XP buffs properly.

The Small Fireteam XP boosts as well as the personal XP boosts are only available in the paid tier of this season’s pass.

If you like this guide, check out our other Destiny 2 articles:

Check out this video by Part Time Guardian that talks about the XP system in Destiny 2: