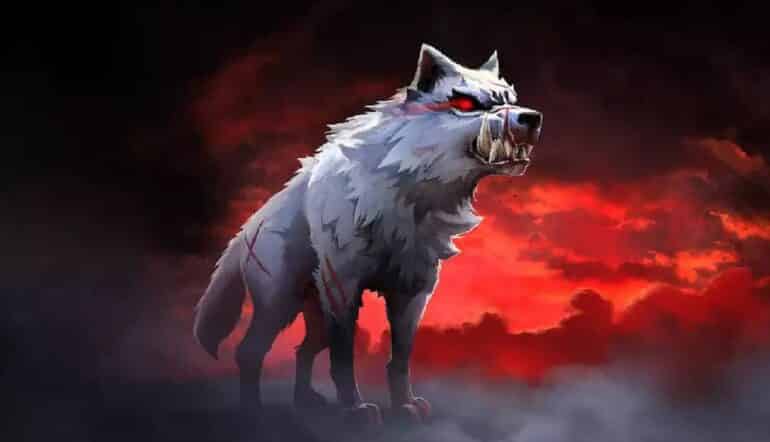 The V Rising Alpha Wolf Boss if the very first V Blood Carrier that you can hunt. Alpha Wolf in particular, if you can find him, will put up a good fight. But taking it down will give you great abilities that will help you out in the game.

Unique abilities that will give you an advantage over your opponents are all over the map. In addition, you can change your character’s form, and the Wolf Form is one of such. Here’s a rundown on where to find the Alpha Wolf Boss and How to Beat it.

Where to Find Alpha Wolf Boss in V Rising

Utilize your Blood Altar to find the Alpha Wolf’s location. Here you may see every V Blood Carrier that has ever appeared in the game. Scroll down and find this boss, then click Track Blood, which will lead you to where its currently spawned.

Farbane Woods has a Cave Passage where Alpha Wolf usually roams around. Head towards the cave and you should be able to spot him. You’ll also potentially find him in the Wolf’s Den if you walk east from the Bandit Copper Mine, which is located north of the Desecrated Graveyard.

The V Rising Alpha Wolf Boss can be found in the area marked on the map below:

Since the fight is part of the tutorial quest chain for V Rising, attaining level 16 shouldn’t be too difficult. However, it is recommended that you spend some additional time grinding your gear up to level 20 in order to make the fight more manageable.

Additionally, the Unstuck option in the Esc menu can be helpful if you’re encountering a glitch that causes your trail to go in circles. Your current activities will restart, allowing you to reactivate blood tracking.

How to Beat Alpha Wolf Boss in V Rising

V Rising Alpha Wolf is one of the first bosses you’ll fight. You’ll want to be at least level 20 before you take on this monster, as it’s pretty formidable. Invest in some Copper if you haven’t already, so that you can craft better weapons and raise your gear score. Make sure to bring along the healing items you’ll need as well.

To begin, keep an eye out for the Alpha Wolf’s lunging or leaping assaults; if it stops moving, it’s time to dodge. This is a sign that the Alpha Wolf is going to charge. When you see him approaching, all you have to do is get out of his way. You have a small window of time after you’ve dodged to spam all of your attacks before the Wolf recovers.

For the most part, you’ll want to avoid taking the Alpha Wolf on from the front and instead strafe around it when it attacks and get a few of your own attacks in before he can use his claw or bite attack.

Finally, if its health is low enough, it will summon two smaller wolves to attack you. It won’t take long to take them out since they’re so vulnerable. Before redirecting your attention to the Alpha Wolf, take care of the other wolves.

You can be more effective against the boss and its minions if you use a spear since it allows you to strike them from further range. You will be able to inflict a deadly blow to the Alpha Wolf if you combine this assault with your ranged attack.

Defeating the V Rising Alpha Wolf grants access to Wolf Form, which, while transformed, can improve you character’s overall movement speed by 45%, you can also make other wolves friendly towards you.

When you don’t have a horse yet, this can be a huge help. This is an excellent method of getting out of a tight spot if some powerful creatures have you on the run at any given time.