God of War Ragnarok – All Relics and Sword Hilts Locations 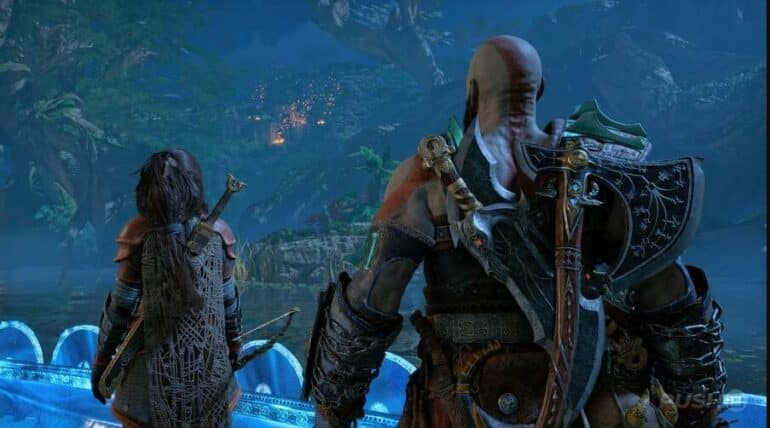 Relics and Sword Hilts in God Of War: Ragnarok are special moves that can be used by Kratos against hordes of enemies. Each are very powerful and unique to use but they have a cooldown, so timing is very important. Read on, and this guide will teach players how to get all relics efficiently and what rewards await them.

All Relics and Sword Hilts Locations

This talisman can grant Kratos a bonus of Melee Damage for a short duration. This can be unlocked in the Quest For Tyr, one of the main items to get to progress through the story.

This relic has the ability for Kratos a skill to throw a Bifrost chakram that swerves into enemies. This can be unlocked during the Reckoning after defeating Fiske.

This hilt is unique and unusual as it can distort space and time by creating a Realm Shift. This hilt can be unlocked after defeating Heimdall in Vanaheim during the Creatures of Prophecy.

This hilt can slam the ground to create an explosion of Seior Poison making it deadly to nearby enemies that will receive damage the longer that stay. This can be unlocked by crafting it at the Huldra Brothers‘ workshop, after collecting the Svefnthorn during The Lost Treasure.

A talisman that grants Kratos a burst of Rage and applies stun to nearby enemies. This relic can be unlocked in Groa’s Secret in the Temple of Light. There is a legendary chest that can be found that is part of the puzzle involving the Twilight Stone.

this powerful relic can push enemies back with force and grants Kratos an aura of protection. This can be unlocked by defeating The Raven Keeper as part of the Favour, The Eyes of Odin

This hilt can unleash a power that grants Kratos a boost in strength. This relic can be unlocked by defeating Hrolf in Midgard during the King’s Grave. Fighting this boss can only be done after completing all Berserker Gravestones.

This hilt allows Kratos to slash forward 3 waves of light that deal increased damage against enemies that have been afflicted with Sonic. This can be crafted with Skirnir’s Gambanteinn after defeating the Gravel Belly in The Desert Door Favor.

This hilt when used by Kratos can unleash a wave of shock to electrify enemies leaving them vulnerable to attacks. This can be crafted with the Crackle of Bilskirnir after defeating the Olaf Nautson in Animal Instincts Favor.

This relic is very unusual as it turns Mimir into a weapon. Using this, it shoots a Bifrost Blast against nearby enemies. This can be crafted at any Blacksmith Shop in the Relic Section for 10,000 Hacksilver.

Using this relic allows Kratos to be in a great risk but a great rewards-type situation. It charges the sword to sacrifice health and deal damage based on the amount of health lost. This can be crafted with Nar’s Cup after defeating Blatonn in The Abandoned Village.

This relic is unusual and does not possess practical combat applications. This can be found in Midgard, Lake of Nine region behind a destructible wall of ice that can be shattered by throwing a spear. It can be found on the ground next to a lore scroll and a frozen corpse.

This relic can apply a mark to nearby enemies and when attacked, it reduces the Runic Cooldowns of any equipped weapon. Killing a marked enemy can also grant a Blessing of Runic to Kratos as well. This can be obtained after defeating the 2nd of the 3 Oath Guard bosses that players will fight in Vanaheim, The Plains.

A powerful relic is Motsognir’s Call which creates a shockwave that deals high stun to surrounding enemies. This unique relic can be picked up in Niflheim, Aesir Prison Wreckage on the top floor of the prison.

If players manage to collect all the Relics and Sword Hilts and upgrades for Kratos, they will receive the following achievements:

And that’s God Of War Ragnarok Relics and Sword Hilts guide. If you want to know how we think about the game, read our review for God of War: Ragnarok. Also, check out our other God of War Ragnarok guides and articles.