An overview on what to expect in the Shadow Island. 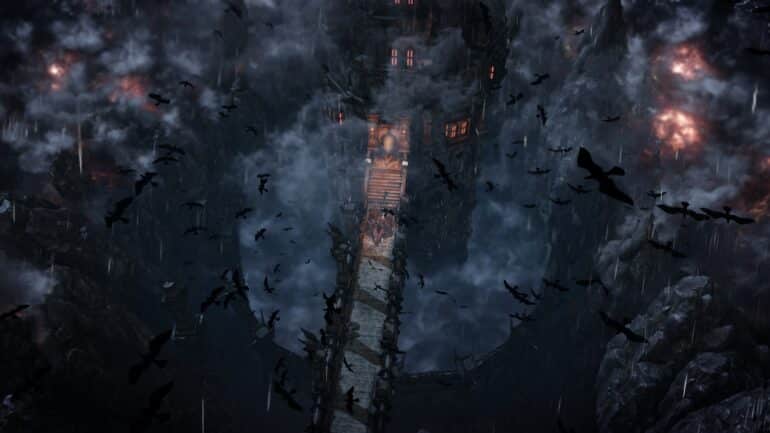 Lost Ark‘s Shadow Island is one of the numerous islands that you can visit in Arkesia via your ship. Within the island is a tower filled with strong monsters in every floor, and it also has one main chain quest line that rewards a lot of fragments that can be used to upgrade your gear. In this guide, we will look into the ins and outs of the Shadow Island.

Shadow Island is located at the North Vern Sea and can be accessible via sailing. Within the island lies the Shadespire, a tower which has many floors littered with different kind of enemies.

Shadow Island has one main quest that requires you to go through the Shadespire in the island and defeat several enemies. To start the quest, your character should reach at least level 50 before the NPC, Mercenary Captain Zardin, will give you the quest.

The quest will then let you proceed to the higher levels of the Shadespire. From that point onwards, you can then use the teleport towers located in the cities to quickly access the Shadespire.

The questline goes as follows:

Completing all the quests in Shadow Island will reward you with these:

The Shadespire is tower gauntlet where you must face different monsters and complete different objectives in every floor. The tower has 50 floors, with bosses spawning every 5 floors and a final boss at the very top. Each floor has different time limits to complete its challenge, otherwise you will fail to proceed to the next floor.

Obtaining the Shadow’s Mark in Lost Ark requires completing Floor 24 of Shadespire. This means that some of you may end up stuck on Shadow Island, trying to find something within twenty-four floors, but you can’t finish this mission there. Instead, you’ll need to find a Shadowspire Tower in a city and complete its twenty-fourth.

The Shadowspire is located in Vern Castle, but any of them will do as long as you haven’t reached floor twenty-four. You obtain the Shadow’s Mark by beating floor 24 in a Shadowspire, then return to Shadow Island and give in the mission.

This is confusing given there are multiple Shadowspires scattered over the area. If you’re not paying attention, you’ll find yourself circling Shadow Island in a futile search for the twenty-fourth storey of anything.

Shadow Isle holds one of the several Island Tokens that you can collect from different parts of Arkesia. Collecting these Island Tokens will reward you with different items such such as a Golden Moss Turtle Mount and a Tortoyk Arong Turtle Ship Skin, with many more planned to come in future updates.

How to Get Shadow Island Token

Check out this video by RaZzi that talk about how to get the Shadow Island Token: