Chapter 2 guide of Star Ocean The Divine Force is here 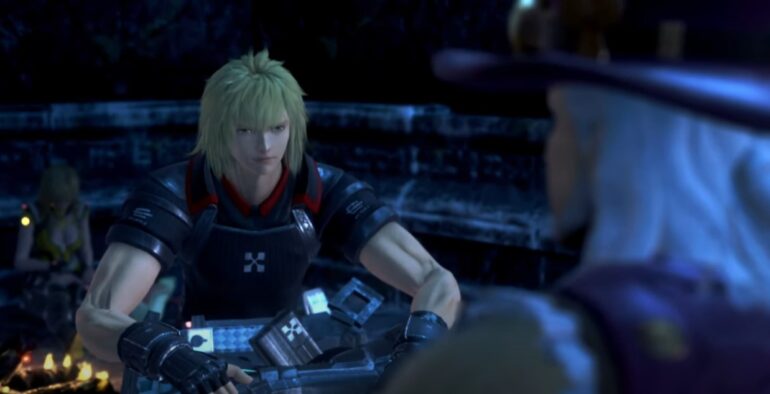 Rescuing the Ydas Crew is the 2nd chapter of Star Ocean The Divine Force and in this guide, we will tackle all the necessary locations that players will need to know upon playing this game.

At the beginning of the chapter, players will need to leave the village to get to the Edahli Region. From outside the village, head to the east til players reach the Galca Shrine. The area is filled with chests that can be found before entering the deeper. Then, look for the escape pod that crashed landed, and another new ally, Elena will join. But before getting the pod, defeat the enemies looking at it. From here on out, the story will change depending on who did players choose as their main character.

Ray’s story will have us immediately heading to the nearby Shrine to go find Elena. The area where he will travel is very small and confusing to get through. There will be some stronger enemies that will give a slight advantage in leveling up plus a couple of chests found. Afterward, head to Elena’s pod but will notice that she is missing some parts.

Fast travel to Larcasse Weald and return to the pod that Raymond was in. Another fight will begin as you approach it. then, collect the parts inside the pod and warp back to Elena’s pod.

Suddenly, Living Armors and Puppet Masters will arrive and try to block your path on returning back to Elena. Defeat them and reapproach the pod. But, an unexpected encounter will occur as a man with horns appears and challenges you. Defeat first his minions and then deal with him. Be wary as he possesses ice attacks and his melee attacks pack a punch. Use Midas as much as possible to let him take potshots while he tries to hit you. Once all is done, Elena will join the team and will lead off to the next mission.

In Laeticia’s path, players will need to head to Larcette Village and ask around about a comet that came crashing down. Talk to the old lady near the entrance of the village and then, travel to Delryk Village. Upon reaching the village, go to the hospital and talk to the Marquis for a short cutscene.

Leave for the Seaport of Rythal and talk to a man who will tell Laeticia that people have been getting sick a lot. Head straight to the hospital in the plaza and talk to Dr. Vahnel inside to trigger a scene. then, head to the bar where a pair of men outside are talking about a strange man with purple skin seen coming out of the comet. Return back to the hospital and pick up Nina and leave the port.

In the Del’vyr Region, head south where a short cutscene will occur and players will fight a boss character whose origin is known and matches the description of what the witnesses saw. Be careful of his sword attacks especially when they glow red and defeat first the enemies around him.

Afterward, head to Galca Shrines, where players will meet up with Ray and the whole group will be reunited.

Rescuing the Ydas Crew: Seeking a boat to Cotto

The next objective now for the crew is to go to the Seaport of Rydal. From there, head to the hospital as a new cutscene will occur and Raymond and the crew will end back at the hotel in disguise. after which, head to Mida’s room where he has fallen sick.

After curing Midas, the crew must head through the Seaport of Cotto through the Hallowed Mount Galca-Lemthas. Use this opportunity to level up your party as fast as possible as the fights in the game will get even harder. Use the chance as well to gather resources and chests as these items will be useful in completing other sidequests they might encounter.

Upon arriving at the Seaport of Cotto, a small fight will begin and Raymond the crew will be surrounded by guards. Defeat them and meet up with Theo who tells you who they are and ask you to follow him. Accompany him and when you reach the destination, talk to him to trigger another scene.

After meeting with Theo, head to the Cottorinth Mountain Pass and Enigma Worms will start attacking causing some cutscenes to appear. Continuously follow the objective marker and defeat the worms on the way as the more enemies appear, the larger the amount of XP and resources will drop.

Continue heading up to the deeper parts of the mountain and there will be chests hidden around. You best be careful as the settings become darker and it will be hard to travel by. When they reach the top a new boss battle will begin

The boss battle that players will meet is known as SAMPATI, THE HOLY BIRD. This large bird is very tough and is hard to aim especially when it flies. Beware of its Wind Gusts as it spreads around the map. Avoid it as possible and also avoid getting hit by the Flame Spires as they can leave burn damage that will hurt both the HP and AP of your party. It is highly recommended to have Nina in your party to continuously heal your party and resurrect knockout party members. Use magical attacks to hit the giant bird as possible and the boss will be defeated.

After the boss battle, a few cutscenes will play and players can find a Dillwhip that they will need. Head back to the Cotto and talk to Theo. Then, talk to Albaird to trigger another scene and rest at the inn.

After the tough battle with the giant bird, continue the journey as Ray and the group will arrive at the Royal Capital Acendros. There are some sidequests that players can complete. The quests are the following:

Explore around the capital to gather DPS, chests, and resources. Plus, there are some private actions that players can trigger around the capital. Go outside as well of the city and travel to the plains to complete certain sidequests that they might encounter as well. Use this chance to level up and gather items they will as the final part of the chapter will come soon.

After exploring the capital, Raymond and the crew will need to head to the Citadel. Once you land in the citadel, go around and purchase items from shops and talk to your allies to increase your presence. Afterward, head to the inn and rest The whole team will disband temporarily and Ray will be asked by Laeticia to meet her outside.

Laeticia will be found in the northeast part of the city, Devotion Hill, and a long cutscene will begin. Then, go back to the inn and rest. The crew will be reunited once more and the end of Chapter 2 is done.

That’s our guide for Chapter 2: Rescuing the Ydas Crew in Star Ocean: The Divine Force. For more Star Ocean Divine Force content, players can visit our previous articles below to get to know more about the game: