Defeating the remnants of an invading army 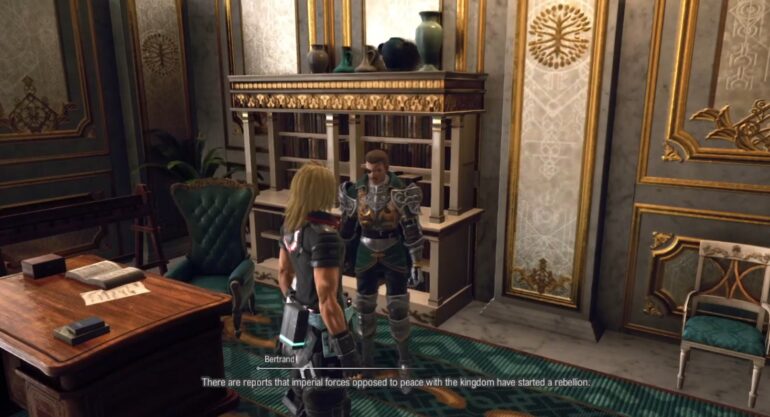 The Trigger of War is part of the series of side quests in Star Ocean: The Divine Force that can be found in Castle Aucerius. Read on, and this guide will teach players how to complete this request efficiently and what rewards await them.

How To Start The Trigger Of War Side Quest

The quest will begin once players head to Castle Aucerius and talk to Captain Bertrand. He will ask Ray and his crew for help as a dangerous event will occur that will lead to war. Accept his request and the sidequest will begin.

How To Complete The Trigger Of War Side Quest

This side quest can be quite challenging to some, so make sure that you’re fully prepared. Players must travel back to Terranus and kill 30 Vey’l Army Soldiers to stop a possible uprising. These soldiers are strong and tough and they will be in groups of 5-6.

Technically, what players will need to do is explore the whole ship from every crook and corner, from the rooms, and into the hallways. After defeating all of the soldiers, report back to Captain Bertrand and the quest will be completed with great rewards.

The Trigger Of War Side Quest Rewards

Once the quest is completed, players will receive the following rewards that can be beneficial for their future endeavors in Star Ocean The Divine Force as they progress further in the game:

That’s our guide for The Trigger of War quest in Star Ocean: The Divine Force. For more Star Ocean Divine Force content, players can visit our previous articles below to get to know more about the game:

Also watch this video walkthrough by jimajamer to see how to complete Star Ocean: The Divine Force The Trigger Of War Side Quest.