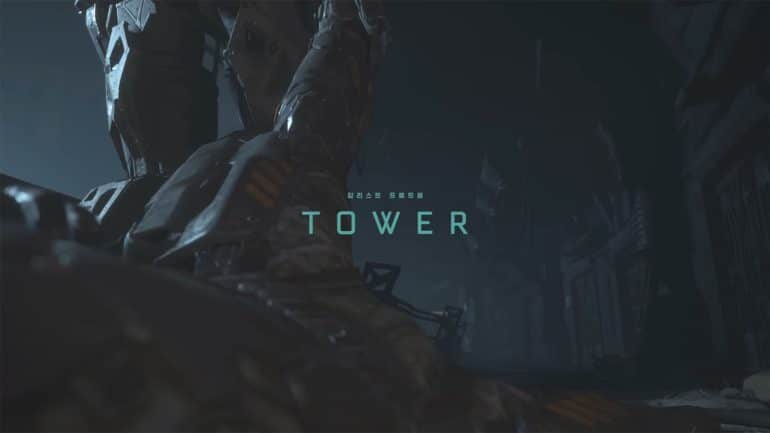 Tower is the eighth and final chapter of The Callisto Protocol following the Jacob and his attempts to find the cure that will stop Dani from turning into a monster. After finding out the truth behind what happened to Europa and Callisto, Jacob also finds the resolve to make things right after realizing that he’s done some part in all of it.

In this guide, we will go through the events in Chapter 8: Tower of The Callisto Protocol, sharing tips and listing down any collectible that can be found in the chapter.

The chapter picks up on Jacob and Dani’s arrival at the SHU’s control room before being picked up by security units once more.

Right as Jacob gets put inside his jail cell again, you’ll receive the Full Circle achievement. You’ll receive a message from Dr. Mahler that she managed to get Dani and that you should head to the lab.

After the dialogue, head outside the cell and turn right. Walk towards the security door and follow the path ahead, ignoring the crate as it contains a parasite. In the next room, you’ll find a Reforge station.

Once you get in the next server room, you’ll be facing against another Two-Head and this one seems to be a lot tougher than the previous ones. Using the same tactics as before, kill the enemy and then proceed to the corner of the room to get the gate fuse. Return to the previous room and use the gate fuse to open the surveillance room.

On the other side, check the right path for a valuable, then head to the left path where at the end of it is the Data-Bios #40: Dr. Tala Ismene: Observation. Prepare to fight two grunts right after. Then, go to the door leading to the Psyc Ward.

You’ll be fighting against a string of enemies through the long hallway. Go down the stairs and fight the remaining enemies before heading into the morgue.

Continue down the path until you find the Biohazard Storage room. Go inside, climb down the stairs, and prepare to fight the enemies in the next area. To the right is a door that you need to find a fuse for, so head to the left first and open the vent.

Crawl through the vent to access the locked Psyc Block where you’ll find the gate fuse, but also prepare to fight a Corruptor. Go up the staircase first to find the Data-Bios #41: Dr. Tala Ismene: Taken. Head back to the gate and use the fuse to open the next door where you’ll find another Reforge station. Once you’re done, continue through the Mezzanine gate.

You’ll then arrive at a lab which is a huge place with lots of smaller rooms inside. There are lots of grunts moving around, as well as Combustors that you’ll have to prioritize. There are fan blades on the sides of the rooms that you can use for quick kills. You’ll have to look out for the Two-Head that will spawn at the hallway.

Continue through the next gate and through the security gates as Dr. Mahler opens them up for you. Behind the big gate, you’ll find the Data-Bios #42: Edward Bates: Experimentation. Continue moving forward until you reach the main lab.

A cutscene will then play with Dr. Mahler and Dani. After the dialogue, Dani will wake up and you can continue. Head through the corridor and past Max’s apparition until you reach the elevator.

Once you’re inside the fancy room, head towards the white table on the far left corner to find the final Data-Bios #43: Duncan Cole: Cole’s Triumph. You should also get the Grim Reaper Achievement at this point for collecting all the collectibles. Continue through the next door and you’ll be inside another cutscene.

After following the path ahead, you’ll find another Reforge station. The path ahead leads to the end of the chapter so take the time to prepare for the fight ahead.

Another cutscene will play as you meet up with Warden Cole. Afterwards, you’ll then have to fight with Cpt. Ferris once again. Like the fight in the colony, you would want to avoid all of his swings first before doing an attack and a follow-up shot without getting too greedy. He’s a bit tougher this time, but once he takes enough damage, another cutscene will play.

Cpt. Ferris will transform into his monstrous form and then grows a meat shield to protect his face. You’ll need to destroy the shield first by using the explosive canisters around the room; explosive ammo will also help. There will also be Combustors that will spawn; throw them towards Cpt. Ferris using the GRP for more damage. Once the shield is down, you can continue dealing damage to its face. It can regrow its shield after sustaining enough damage.

Aside from its arm swings when you get up close, it can also spit out corrosive goop at you that shoot out in a fan. It can chase you around at walking pace, but when it charges, let it come at you and prepare to avoid its swing, then use the time to shoot. The shotgun is most effective for this fight due to the size of Cpt. Ferris being able to get hit by the entire spray.

After two to three rounds of breaking its shield and dealing damage to its face, Cpt. Ferris will be defeated. Another cutscene will play with Warden Cole and Dani. Then, you need to head towards the escape pods. One final cutscene will play, so enjoy it and congratulations on completing The Callisto Protocol.

Here are the achievements that can be obtained in chapter 7:

Also watch this video by BuffMaister showing the gameplay for Chapter 8 – Tower: