V Rising Servants: How to Get and Use, Types, Perks & More 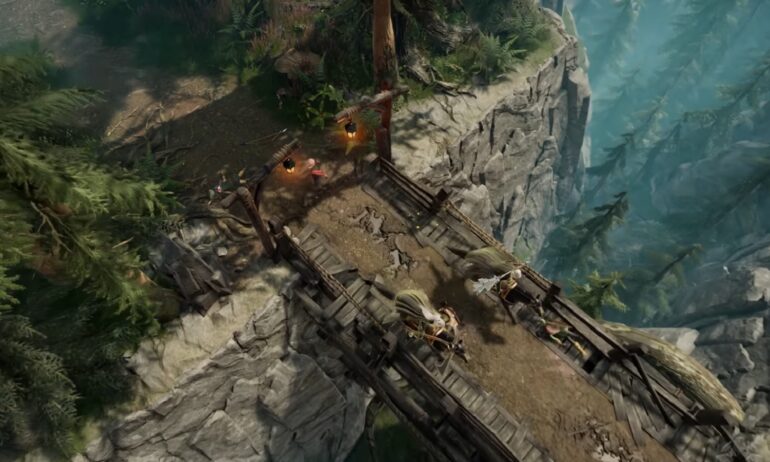 V Rising Servants are one of the coolest aspects the game can offer since they heed you call and save you time as you build the best castle possible. It will require considerable effort, but the addition of servants can be beneficial to your progress due to the variety of unique features and advantages that each servant offers.

Servant features can be a little confusing at first, and some players may be unsure of how to handle them. But worry not, Here’s a rundown on how to get servants and the best ways to use them in V Rising.

What are V Rising Servants?

V Rising Servants are extra hands to help you with Daily Grinds. Even during the day, they will depart and explore new regions for you, bringing back resources for you to use however you see fit.

Additionally, they’re capable of holding the fort and defending your castle from enemy sieges on their own. This is a huge time saver when it comes to the less exciting aspects of V Rising gameplay.

How to Get Servants in V Rising?

Once you’ve completed the Army of Darkness main quest, you’ll be able to get V Rising Servants, but they’ll need Coffins to perform your bidding. Learn how to use your Dominating Presence ability to convert human beings into servants in this quest as well.

You will require coffins for your servants which you can build in the Dominance menu, and you’ll need the following materials:

For this blood essence, you must find Unsullied Hearts and then place 4 of them in a Blood Press.

Once you begin taking down enemies of level 25 or higher, you should start looking for unsullied hearts on V Blood Carriers or other named foes in the world. After you have produced a Greater Blood Essence, construct a coffin using the planks & ingots and then position it wherever you like.

After you have built coffins, a servant coffin will grant you the ability to activate the Dominating Presence Power. To do so, open the Vampire Power wheel while holding the Control key and move your cursor until it is positioned over the option.

After using the Dominating Presence power, you will lose the ability to cast any of your regular spells; however, you will receive a new channeling ability called Kiss of the Vampire. You can utilize this ability only on human beings.

Once you have obtained the skill Kiss of the Vampire, proceed with the following steps:

The human will begin following you as soon as the Vampire Kiss is over. Just keep him safe while you make your way back to the castle.

If you want to change the stats of your servants and their gear, you’ll need to put them in coffins for a full transformation.

As soon as you have escorted the human to the coffin in your castle, carry out the following steps:

It’s now possible to alter your servant’s appearance, name and stats in the character menu. The benefits and perks they have are also displayed there.

You can’t have too many servants at once when you’re starting out. You’ll need to search for Castle Hearts if you want to upgrade your castle and increase the number of servants it can hold. Only one human can fit in each Servant Coffin, but you can have up to 9 if you reach a certain point of progress.

V Rising Servants will need to be fully managed by understanding their stats and perks. Different types of servants have different advantages and resources you can employ depending on the following factors:

Perks are predetermined for servants, so you can’t just hand them out at random. The perks a servant obtains are based on their previous character traits before you made them work for you.

V Rising assigns a blood type and expertise to each of the servants. It will determine what sorts of work they can execute better than other servants.

Every Servant’s Blood type comes along with a predetermined skill, such as:

However, the most crucial step is to find a servant with the greatest blood quality. When it is converted, the higher it is, the better it will perform.

How to Use Servants in V Rising?

There will come a time when you’ll need to get to know your servants better by learning how to make the most of them, and we’ve provided some suggestions for doing so in the form of the best practices mentioned below.

As part of the Army of Darkness quest, the option to build a Castle Throne will become available. Castle Throne blueprint can be obtained after successfully converting a few humans into servants through your coffin.

Using the same Dominance menu from where you crafted your coffins, this item is now available which require these materials:

When you finally sit on your throne, you will have the power to assign tasks to your servants. Getting Iron in the game can be a pain, but it’s likely that you haven’t encountered it yet. Starting in the Farbane Woods, you will need to go north to Dunley Farmlands, where you will find random deposits.

Send Servants on Expeditions to Hunt

Your Castle Throne grants you the ability to command and make use of servants by assigning certain responsibilities to them. Fans are welcome to sit on the Castle Throne; to interact with it, simply hit the F key, and then proceed with the steps below:

When a Servant is chosen, the likelihood of a successful hunt will be displayed beneath their name. The hunt’s duration, shown as a multicolored bar below the Servant, can be adjusted to alter the chances. The idea is to keep the percentage high while keeping the hunt as short as possible.

Once sent out on patrol, the Servants will engage in combat with any intruders they encounter as well as acquire loot. V Blood Bosses are included in this, so you can send them first and then gang up on more difficult Bosses.

Servants can also be deployed during PvP to attack or defend a rival clan’s castle. Use the Servant Lock on doors to keep Servants out of certain places and make it easier to steer them in the right direction.

The practice of imprisoning V Rising Servants comes with its own advantages. You can take a servant who is superior to the others and throw him in jail. After that, you can use a glass vial to drain their blood and then drink it.

Drinking their blood will increase your speed, critical rate, and other stats, and depending on the quality of the servant’s blood, it may also reduce cooldown timers. It is possible to do this endlessly as long as you remember to feed your servant so they don’t starve to death.

Last but not least, if the servant’s qualities are no longer relevant, you can return to the Castle Throne and have their service terminated.  After that, you are free to utilize the empty Servant Coffin on the subsequent human that you turn into a servant for yourself.