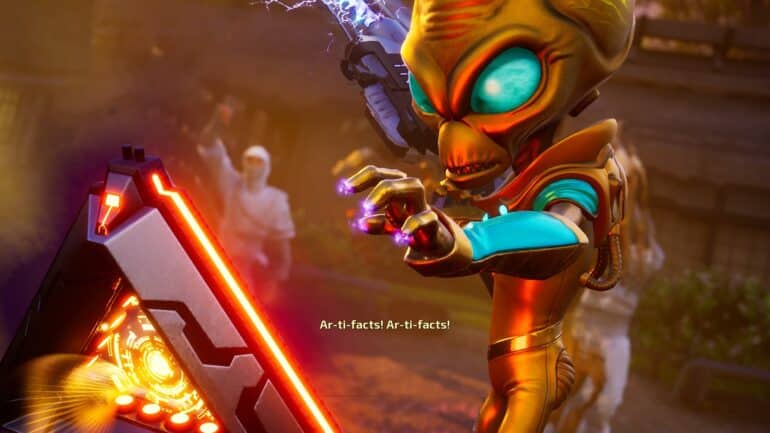 In Destroy All Humans 2 Reprobed, Takoshima is a land of duality. On the one side, we have the highly urbanized Takoshima City (Tokyo) where technology is advancing at a rapid rate and a growing rebellious youth movement. The rest of the island strictly follows the traditions set by the land’s ancestors – be it for better or for worse.

In this guide, we’ll point you in the direction of every Destroy All Humans 2 Reprobed Takoshima collectibles you can find on the map. The collectibles are marked on the map but it’s up to you to get the exact location.

The posters are easy enough to get with the help of the locator. No posters can be found on the black ninja island.

The only Furotech cell that might be a little hard to find might be the one around Takoshima Tower (or Tokyo Tower). That cell isn’t above ground. It is in the middle of the underground tunnel.

The 30th and last Furotech cell location has been found. It is located on the cliffs in the Northeast part of the island facing Takoshima City and the White Ninja village. Sorry for the inconvenience.