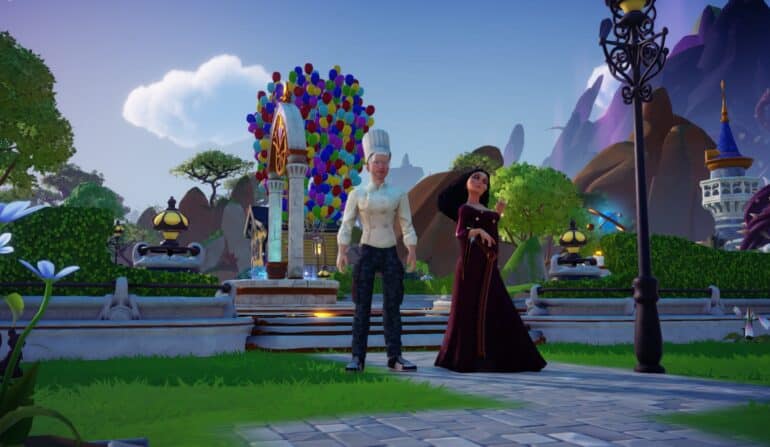 The Shine a Light Quest in Disney Dreamlight Valley will be available to players once they’ve reached a certain friendship level with Mother Gothel. This oneis tied regarding her pursuit in restoring the sunstone. It’s pretty straightforward, but requires a bit of foraging and crafting, which might take a while for some players.

As such, here’s a rundown on how to easily complete the “Shine a Light” quest in Disney Dreamlight Valley, so read on.

Once you’ve received the quest from Mother Gothel, she’ll give you three vials of Forest’s Magic Sap and send you off to collect the other materials needed to craft the Sunlight Torches:

To get Softwood, you just have to pick them up near trees. You can find these in pretty much every biome, but they mostly spawn in areas like Peaceful Meadow and Plaza.

Garnet, Aquamarine, and Citrine are Gems that can only be collected through mining black-rock minerals. You’ll spot these black rocks in specific corners of each area/biome.

However, these gems can’t just be mined everywhere, but on specific locations instead, which are as follows:

As for Fiber, these are materials crafted from Seaweed, and to get Seaweed, you’ll have to fish them on ponds, rivers, or the ocean.

To be specific, cast your fishing rod into any body of water, but don’t aim for bubbling circles. Bubbling circles guarantee that you will catch seafood, but casting your line in any other spot on the water will give you a chance of obtaining seaweed instead.

Since 1 Seaweed yields 5 Fiber when crafted, you’ll need 12 Seaweed to complete the objective.

After gathering the necessary materials, head to a Crafting Station to create 3 Sunlight Torches. This can be found in the crafting menu’s Furniture Tab.

Now go back and talk to Mother Gothel. She’ll then have you place them on the platform at the bottom of the Mystical Cave on Dazzle Beach. See the image below for reference.

Take the torches down there and place it on the platform. Take a photo of the glowing platform afterwards.

Keep in mind that you won’t be able to go down below if you still haven’t completed the Mystical puzzle in Ursula’s quest called “With Great Power”. As such, return to Mother Gothel to complete the quest.

Also check out this video by Quick Tips on how to complete the Shine A Light Quest in Disney Dreamlight Valley: