A guide on how to defeat Espinas in Monster Hunter Rise: Sunbreak. 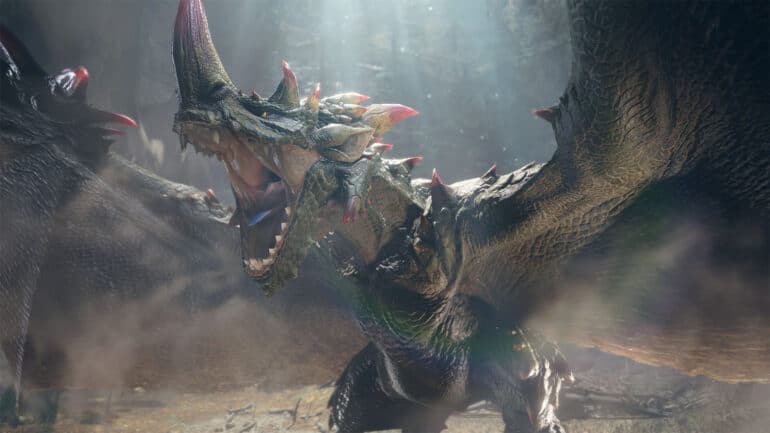 Espinas is one of the returning monsters in Monster Hunter Rise: Sunbreak. It is one of the very few Frontier monsters that got added in a main Monster Hunter game along with Lavasioth which was added in Freedom Unite in 2009. This thorny yet sleepy monster will be part of the hunting list once more, and though it only plays a small part in Sunbreak’s story, fans are already hoping and speculating if other Frontier monsters will also find themselves added in the main series, too.

In this guide, we will talk about Espinas and share some tips on how to make the hunt for it more manageable.

Espinas is a flying wyvern that has a dark green base color, accented by red spikes in some parts of its body. It has fire element attacks, but its breath can cause poison, paralysis, and fireblight at the same time, making it a fatal mistake to get caught in its fireblast.

Espinas is quite an unusual monster since it doesn’t react as abruptly to small attacks from hunters or from other monsters like how most large monsters do, thanks to its thick hide and its spikes that provide it some protection.

When it enters its rage state, parts of Espinas’ body will glow bright red due to its blood vessels getting more blood as it becomes more aggressive and deadly.

Espinas is weakest to the ice element, so consider using weapons with such elements, or prime Starburst bugs in the area with an ice weapon and make Espinas crash on to them.

Since its legs are its weakpoints, hitting them will not be a problem. The legs are also more susceptible to shot damage compared to the other two, so gunners can provide support fire from afar.

Espinas has several moves and most of its attacks are similar to other flying wyverns like Rathalos and Rathian. Listed below are the most notable moves in its move set.

How to Beat Espinas in Monster Hunter Rise Sunbreak

Espinas can often be found sleeping in its nest during the first encounter. Players can take the opportunity to plant their bombs and explosives to give Espinas an explosive awakening.

During this phase, its skin will be tough, so most attacks will have their damage reduced. However, hunters will have to be aware whenever it spits out its fireball and avoid it as much as possible.

Once it enters its rage state, Espinas will start becoming more aggressive and it shows this by pumping more blood throughout its body, which is why parts of its body will take on a reddish color. Because of this, its tough skin becomes softer and attacks will deal more damage to it.

Hunters will have to be more careful in this phase as it can chain attacks even faster. In case someone is down due to a fireball, prepare to heal using a Life Powder or a Dust of Life or any other healing items and skills. Also, when caught by its Triple Charge, it’s best to lay down rather than immediately getting back up again as this may cause you to get hit once again.

The Espinas Armor Set can be crafted with the following:

The Espinas Layered Armor Set can be crafted with the following:

Check out this video by Boss Fight Database showing a hunt against an Espinas: