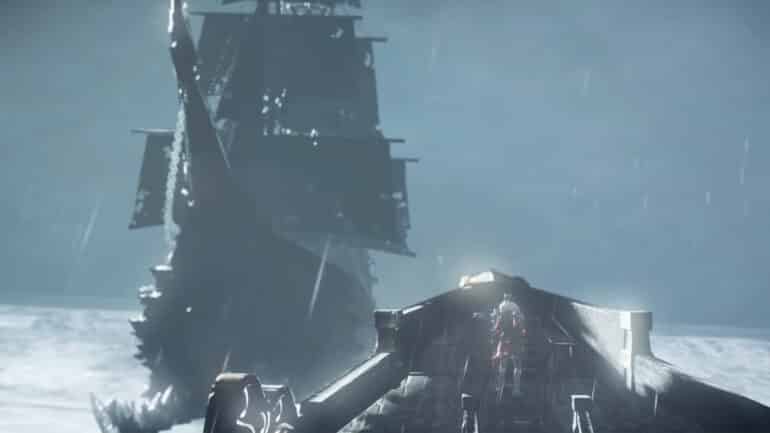 Ghost Ships are raid events in Lost Ark where players can board a ghost ship and defeat the raid boss that’s in it. They are open sea events so anyone who can survive the treacherous waters and have the right equipment can join the raid. Learn more about these Ghost Ships in this guide.

What are the Ghost Ships?

Ghost Ships are high level raids, similar to the Field Bosses that can be found in regions. These raids are considered as post-main story bosses which means that you should have at least completed the main story quests and then some more to have a fighting chance in participating in them.

There are three kinds of Ghost Ship present in the game and they differ in difficulty levels:

Requirements to Unlock the Ghost Ships in Lost Ark

You have to unlock the continent of Rohendel to get easy access to the seas where the Ghost Ships are. As listed above, you also have to reach a certain item level to be able to participate in the raid.

Though it is not part of the requirements, it is also worth noting that your ship needs to be upgraded with enough resistances for it to be able to survive the journey through the rough seas. The oceans where these Ghost Ships roam are hazardous and full of obstacles that no small ship can simply weather.

All Ghost ships are in the western side of Arkesia, sailing in the larger Sea of Procyon.

The Nightmare Ghost Ship can be found just west of South Vern.

The Shadow Ghost Ship can be found just east of Feiton.

The Tempest Ghost Ship can be found just southeast of Punika.

What Are Ghost Ship Events in Lost Ark?

In order to understand Ghost Ships Events in Lost Ark, it’s best to think of them as floating mini-raids. In order to complete the game before time runs out, you’ll need to board a ship and take on waves of adversaries. However difficult it may be, the phantom crews they employ are quite formidable, clearing these ships usually pays off handsomely.

Remember that you can raid ghost ships whenever you come across them, but you can only collect rewards once a week from these raids, so keep that in mind.

Ghost Ships only show up on certain days of the week, and they will show up every hour on those days.

You can simply use the Procyon’s Compass and click on the Appearance Notif Info button for Ghost Ships to see their schedules, as well as set an alarm for when they show up.

How to Beat Ghost Ship Events in Lost Ark

It’s a challenge to beat or win Ghost Ship Events events in Lost Ark. You’ll have to beat plenty of shockingly strong enemies before the clock runs out. Do not be shocked that it might take you a few attempts to get the hang of this, even for high-level players.

Tips on how to win Ghost Ship Events in Lost Ark:

Spending a few more pennies on special crew members that provide essential battle benefits may also be a good option. Given how difficult these encounters may be, there is a case to be made for favoring such abilities above other possibilities when putting together a crew.

Resurrection Feathers are important because you’ll be able to employ those feathers for a second chance to get things right because usual resurrection methods are unavailable. To be sure, you’ll need a few goods that will allow you to stay in the fight for a little longer or get a small advantage over your opponents in long-winded battles.

Ghost Ship raids reward class and battle engraving recipes that are used to upgrade buffs. Most importantly, Ghost ship raids are one of the major sources of honing materials that are needed to upgrade your equipment to higher levels.

How to Get the Eibern’s Wound Ghost Ship

Eibern’s Wound Ghost Ship is a special ship. You may have seen the locked ships while at the dock and one of them at the very end of the selection is Eibern’s Wound. This particular ship is a special ghost ship that you can use to sail the seas and it can only be obtained by doing the quest related to the Ghost Ships a couple of times.

To start, get the task from Una called Bleak Night Fog. This will require you to hunt down a Ghost Ship and defeat it. Upon doing so, you’ll be rewarded with Reputation Points for the quest. Doing the quest enough times will increase your reputation points which will eventually unlock the Eibern’s Wound for your usage.

Check out this video by RaZzi on how to find the Ghost Ships: