Load up on these skills to gain the upper hand against your enemies. 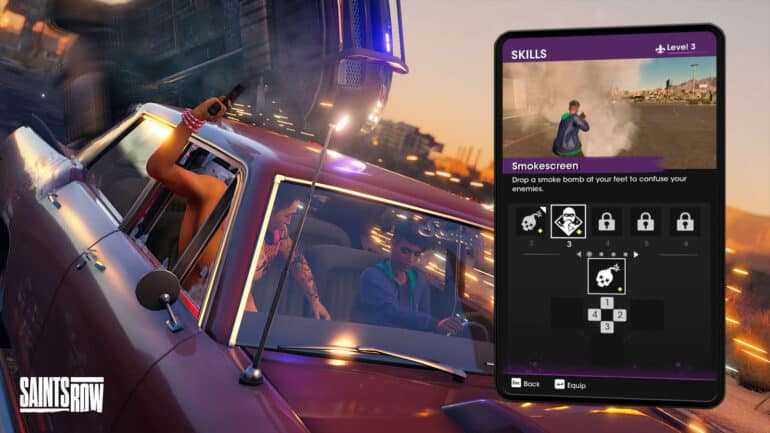 Skills are additional attacks or power-ups that players can utilize to get an advantage in combat. These range from passive health and flow upgrade, to even over the top anti-gravity grenades that will launch enemies into the air, and a sick akimbo maneuver that would make John Wick proud.

In this guide, we’re going to list down all the skills that can be unlocked in Saints Row.

How to unlock Skills in Saints Row

Skills can be unlocked as the player gains a level. Every level reached will unlock a certain skill, from level 2 all the way to level 20. Most of the unlocked skills are active, while some are passive buffs such as the health and flow upgrade.

How to use Active Skills

Once an active skill is unlocked, it can be equipped in one of four slots available. Then, players can activate these skills by pressing the designated buttons if they have enough Flow.

Flow acts like a stamina meter for skills and is depicted as diamonds on top of the health bar. Using an active skill will require one full Flow diamond. Flow can be recharged during combat.

Skills can be unlocked per level reached starting from level 2.

Picking the best skills can be hard, especially if you only have four slots to work with. So, we’ve narrowed down the list based on what we think would be the most useful, and fun, skills to equip in different play styles.

Check out this video by RetroKrystal showing all the skills in Saints Row: