Learn how to complete the car heists for JimRob's Garage Criminal Venture. 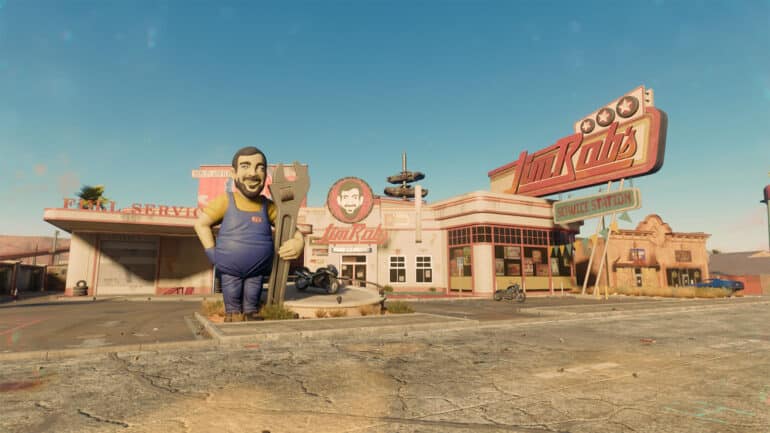 JimRob’s Garage is one of the businesses that The Saints acquires in order to expand their criminal empire. The car repair shop is basically just a front to what the garage was made for. With the help of JR, cars can be brought into his garage to be scrapped for parts, making it useful to eliminate anyone’s ride if every they get into The Saints’ bad side.

In this guide, we will be talking about JimRob’s Garage and what are the venture tasks needed to establish the business.

All of the venture tasks for JimRob’s Garage will require you to steal a particular car and drive it back to the garage as JR will be needing parts for the car he is working on, or he has other jobs where he needs to get particular cars for. The tasks are pretty much straightforward despite the long list, with every task being more difficult than the last.

Whenever a car is stolen, expect that you will trigger either the police or the faction that you are stealing the car from. They will chase you around the town until the vehicle breaks down from too many hits, or if you successfully deliver the car to the garage.

As long as you park the car at the marked spot on the garage lot, your notoriety will be immediately cleared and any chasing enemies will cease chasing you.

Below are the steps on how to complete JimRob’s Garage Criminal Venture:

The first job is to steal a Hammerhead. This task is easy as there will usually be one parked right over the wall beside the garage. Take it and drive it back to the garage to complete the task.

The next job is to steal a Skorpio from the Idols. The particular car that has to be stolen is marked at Rojas Desert North. Since this car is kitted to deal with off-road racing, you can afford to take some shortcuts through the dessert to make the trip shorter.

The next job is to steal an Attrazione. This particular car is parked at Marina West and is hard to miss. You’ll be alerting the police as soon as you steal the car. Stay on the road for the entire trip and try to not go off-road to avoid having a hard time steering the car. The car also has a built-in nitro, so take advantage of it when driving on straight roads.

The next job is to steal the Shifty, which is a go-kart. You can find this over at the go-kart track in El Dorado. Despite its size, it can still deal decent sideswipes, so make sure to sideswipe any chasers that are on your tail.

The next job is to steal a Courser. This car is parked at the hydroelectric dam at the south side of Rojas Desert South. The performance on this car is average, so you will find yourself having to deal with the chasing cops more often. Just make sure to keep your sideswipes on point.

The next job is to steal a Gargantua from the Panteros. Their monster truck is parked at the southeast side of Rojas Desert South. This job is one of the easiest ones to do since the Gargantua can just drive on top of other cars to crush them.

The next job is to steal a Crisis. The target car is parked at the parking lot of the Smelterdome at the East Flats. Same as the Attrazione, stay on the roads to make the steering as easy as possible.

The next job is to steal a Fer de Lance. The target car is parked at a house in Monte Vista. This car has good handling, acceleration, and top speed so driving it over to the garage is easy.

The next job is to steal a Phoenix. The target car is parked by the unfinished bridge at Badlands North that connects to Lakeshore South. You can drive the car to the ramp to clear the jump and land on Lakeshore South, and then it’s a long drive from there back to the garage. You can use the car’s ball-and-chain to thwart any chasers that come close.

The final job is to steal a Marshall APC or the MD!-525C. This APC is located in The Frontier, which is the Marshall’s main facility, located in Badlands North. Upon arriving to the site, you’ll be met with Marshall guards at the entrance. You will either have to clear them out first, or make a beeline to the APC. Marshalls will be constantly at your tail and will also be setting up blockades along the path that you take.

After completing all the deliveries, go to the back of the garage and talk to JR. He will then give you a couple of rewards such as the JimRob’s Crew Outfits, JimRob’s Attrazione, JimRob Statue, 5,000 XP, and $30,000.

Check out this video by RetroKrystal showing how to complete the JimRob’s Garage Criminal Venture: