How to Customize Stadiums in Mario Strikers Battle League 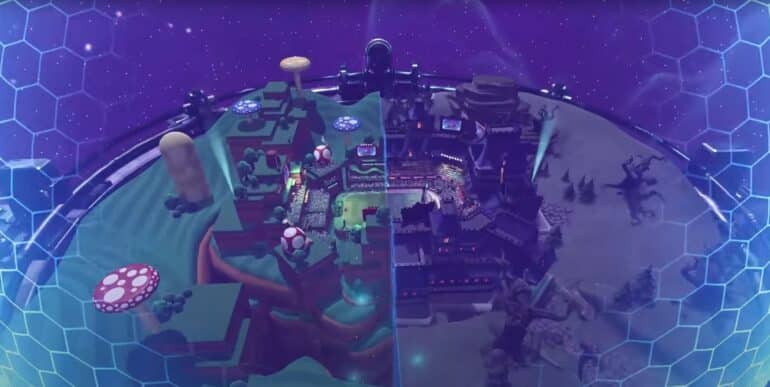 Stadiums in Mario Strikers: Battle League feature a variety of diverse layouts to prick from. Even though it has no impact on how the game is played, the design you want to use could reveal a lot about you and your teammates.

Strikers Club is an unique mode in the game that lets users create or join a club to play against other teams online. As one of the most appealing aspects of this mode, the stadiums may be customized by club owners, and If you’re wondering how to alter the aesthetics of the stadium, here’s what you need to know.

A wide range of options for customizing your stadium are available in the Strikers Club mode. These options fall under the following broad categories:

The only place where players are able to customize the stadiums in Mario Strikers is through the Striker’s Club menu. Create a club and be the Club Owner before you can make changes, and you can even cast your vote on designs as a member.

Customize your stadium’s features in Mario Strikers: Battle League by following these steps:

In this section, you will have the opportunity to personalize the appearance of your stadium as well as the various components that comprise it. Since many of the parts are locked at the beginning of the game, you may be wondering how to unlock these stadium cosmetics.

How to Unlock Cosmetics for your Stadium

This mode’s exclusive currency called Bolts, must be earned before you can unlock stadium cosmetics.

When you first create your Club, you will be given the option to select one of the five different themes. This will immediately unlock the stadium as well as some of its features. After that, you will need to use Bolts, which are the Striker’s Club currency, to acquire the remaining themes and components.

How to Earn Bolts?

To earn Bolts, club members must win Open and Season Matches, which can then be redeemed for new stadium cosmetics. Each Strikers Club win nets 30 Coins and 100 Bolts. 15 Coins and 50 Bolts are deducted if you lose a match.

After each season, your club will be awarded with Bolt tokens based on the club’s performance. Seasons last a week, followed by a seven-day cooldown. Note that  only Club Owners can use those Bolts to change the stadium’s appearance.

Check out this video by DiamondLobby on How to BEAT GALACTIC MODE in Mario Strikers Battle League: