All Shiny Locked Pokémon in Pokémon Scarlet and Violet 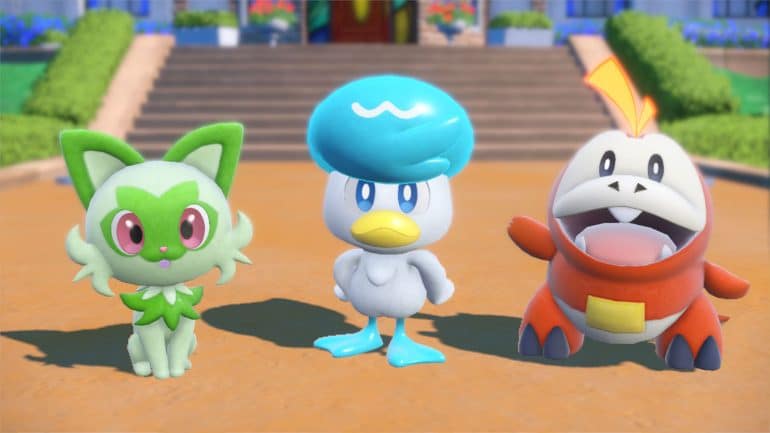 Shiny Locked Pokémon are Pokémon that cannot be encountered as a shiny variant in the game, but they can be obtained in different games or through special promotions. Previous games have had some shiny locked Pokémon which are usually the legendary Pokémon, and recently even some of the starter Pokémon and some gifted ones in the game.

In this guide, we will go through all of the Shiny Locked Pokémon in Pokémon Scarlet and Violet.

All Shiny Locked Pokémon in Scarlet and Violet

How to get a Shiny Starter

To get a shiny Starter, you simply need to breed your started with other Pokémon in the same egg group (if it is female), or breed it with a Ditto (female/male) and hope that one of the eggs that you get will hatch as a shiny. Check out our Easy Shiny Hunting Guide to know how to increase your chances of hatching a shiny Pokémon.

Getting shinies through breeding also applies to the in-game traded Pokémon.

But I saw a shiny *X* legendary…

Yes, and since all legendary Pokémon in the game are shiny locked at this point, that was most likely a hacked or a modded Pokémon. Be wary from obtaining those Pokémon as they are considered as illegally obtained and may potentially cause complications with your game or your Nintendo account. It is best to wait for any special promotions or official giveaways for these Pokémon that may come in the future.

Check out this video by Metalfear4 talking about all the shiny locked Pokémon in Scarlet and Violet: