A guide on the Sunbreaker Aspects in Destiny 2. 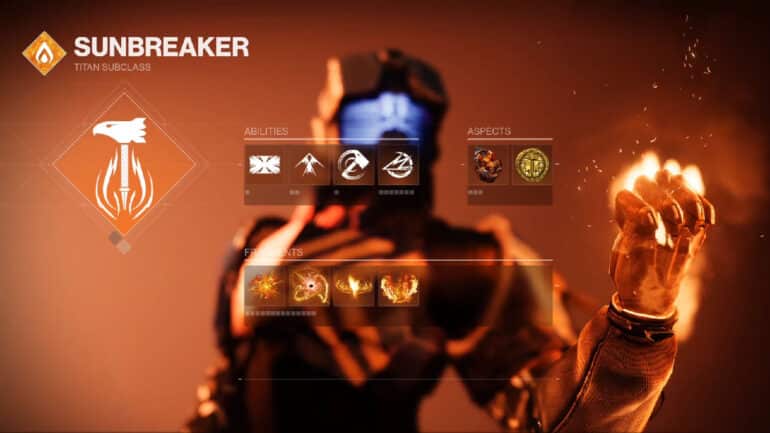 Destiny 2 Sunbreakers are the Titan subclass that dish out Solar damage. Despite not getting any new abilities in the Destiny 2 Season of the Haunted Solar 3.0 update of, Sunbreakers can still enjoy some of the changes that were done to the current roster of abilities that they possess.

In this guide, we will be talking about the Destiny 2 Titan: Sunbreaker Solar 3.0 Aspects, especially the new tweaks that have been done in some of them.

Sunbreakers currently have three (3) aspects to choose from. Only two aspects can be equipped at a time.

For the Sol Invictus Aspect, you’ll have Solar ability final blows, Hammer of Sol impacts, and defeating scorched Sunspots. Your abilities regenerate faster, and your Super drains more slowly while standing in a Sunspot. Sunspots apply scorch and deal damage to targets inside. Entering a Sunspot applies restoration. It has two (2) Fragment Slots.

For the Roaring Flames Aspect, final blows with Solar abilities or ignitions increase the damage of your Solar abilities. Stacks 3 times. It has two (2) Fragment Slots.

For the Consecration Aspect, while sliding, activate your charged melee ability to launch a wave of Solar energy forward, damaging and scorching targets in front of you as you leap into the air. While airborne, activate your charged melee again to slam to the ground and create a second larger wave of damaging Solar energy. If the wave hits a scorched target, they ignite. It has one (1) Fragment Slot.

As of the latest Solar 3.0 update, a couple of the Sunbreaker’s aspects saw some changes (based from the changelog):

Check out this video by IFrostBolt showcasing a build for the Solar 3.0 Sunbreaker: