A guide on the Dawnblade Aspects in Destiny 2. 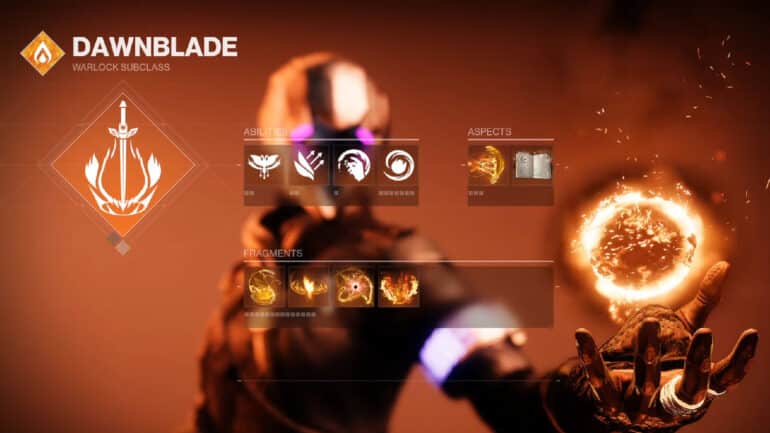 Destiny 2 Dawnblades are the Warlock subclass that have mastery over the Solar element. The recent Destiny 2 Season of the Haunted Solar 3.0 update gave Dawnblades a couple of new abilities, as well as some changes to its aspects for players to enjoy.

In this guide, we will be talking about the Destiny 2 Warlock: Dawnblade Solar 3.0 Aspects, especially the new tweaks that have been done in some of them.

Dawnblades currently have three (3) aspects to choose from. Only two aspects can be equipped at a time.

For the Icarus Dash Aspect, dodge quickly while airborne. While Heat Rises is active, you have an additional dodge. It has two (2) Fragment Slots.

For the Heat Rises Aspect, you can fire weapons, melee, and throw grenades while gliding. Hold to activate Heat Rises, consuming your grenade. Final blows while airborne increase the duration of Heat Rises and grant melee energy. It has two (2) Fragment Slots.

For the Touch of Flame Aspect, your Healing, Solar, Firebolt, Fusion grenades have enhanced functionality.

As of the latest Solar 3.0 update, Heat Rises saw some changes on how it works (based from the changelog):

Check out this video by gmeiners showing a Solar 3.0 Dawnblade build: