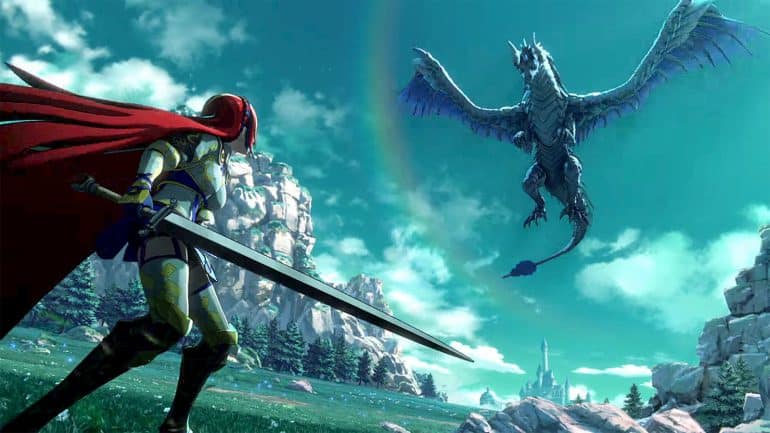 Awake at Last is the first chapter of Fire Emblem Engage. The protagonist, Alear, awakens from their thousand-year slumber, trying to remember who they were as they only remember their name and nothing else.

Read on as we go through the events of Fire Emblem Engage Chapter 1: Awake At Last while we share more details about the story and characters, as well as some tips to help in the battles.

The chapter starts off from Alear’s awakening and being greeted for the first time by her stewards, Framme and Clanne.

Alear struggles to remember their past due to being asleep for far too long. Vander steps in and helps fill some details and reveals that Alear is referred to as the Divine Dragon, a person possessing immense power and is also known as a hero.

The stewards then take Alear out to see more of Somniel, the island where Alear has been asleep on for more than a millennia. During their conversation, they are suddenly attacked by creatures who, Vander said, have never set foot on Somniel until this day. Framme and Clanne tried to fend off the attackers to give Alear the chance to flee, but they get surrounded almost immediately. Alear decides to help out and a battle begins.

This first battle serves as a tutorial for the combat mechanics of the game such as movement, terrain, attacks, etc. You’ll have control over Vander while the other two stewards act on their own, and you have to try to defeat all enemies.

Midway through the fight, just as when it appears that Framme and Clanne get overpowered, your emblem ring awakens and calls upon Emblem Marth. You then get to use engage attacks to mow down the rest of the enemies in the map.

After clearing the enemies, more enemies will start coming in. A dragon then appears and shoots out a beam which hits the enemies. This dragon turns out to be Queen Lumera, the Divine Dragon Monarch and Alear’s mother.

After the fight, you can spend some time talking to the other characters. You can also collect the following items from the glowing spots on the ground:

Check out this video by Rubhen925 showing the events of Chapter 1: Awake At Last: