Which one do you think is hotter? 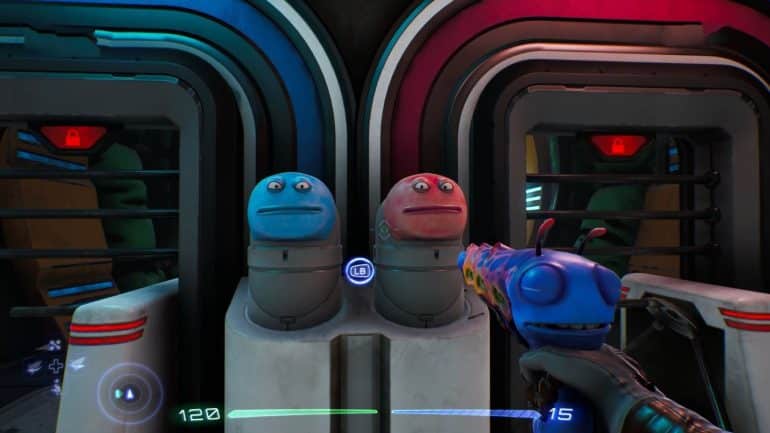 Should You Pick Blue or Red in High On Life?

It doesn’t matter if you choose to pick red or blue in High On Life. Regardless of your choice, you’ll be able to get to the Slums in Nova Sanctus. The difference is in how the two gatekeepers react to your choice.

Despite looking the same, the two couldn’t be any more different. Blue is more arrogant, confident in his looks and constantly putting down his other half. Red is more timid and not at all confident with himself despite practically being identical. It’s Blue who pressures you into choosing which one you’d ask out if you met both of them at a bar.

Red will be ecstatic, asking you if you’re sure you choose him. He’ll tell you that this is a big boost to his self-image and open his side of the gate to the Slums for you. Red will greet you more welcomingly from now on, allowing you to pass anytime.

In contrast, Blue will be more aggressive to you. You won’t be able to pass by his side of the gate anymore, but it’s not like that’s a problem. This will persist throughout the entire game.

Blue will scream that he always knew he was the hot one. He condescendingly comforts Red that it’s okay to be ugly. From then on, he’ll consider you both to be pretty hot and let you pass by his side of the gate..

In contrast, Red will be more timid. He won’t be as aggressive as Blue when rejected, but he won’t let you pass by his side of the gate either.

Still want to see both choices for yourself? Watch this Youtube video from Manugames92 showing what happens with either choice: