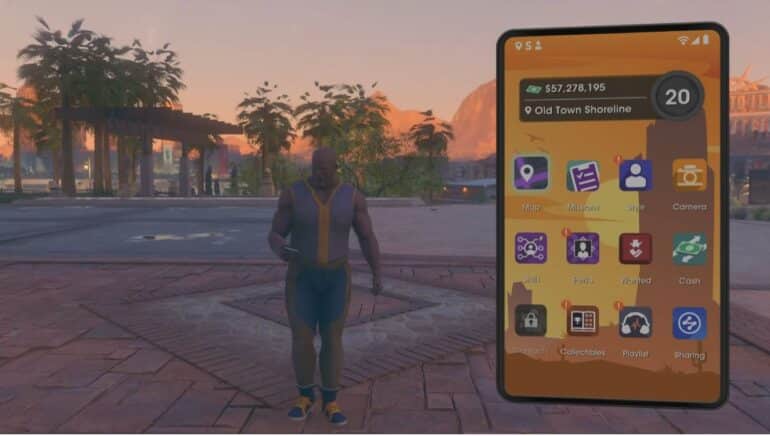 Feeling a bit perk-ish? Saints Row is one of the most talked about games on most of the major consoles. There are a ton of new features that differ from its predecessors and most of them have benefits that can make you either strong and powerful like a god to unexplainable law of physic breaking phenomena. But among the features, that stroke me curious was the PERKS.

The perk system as stated in our Saints Row Perks and Upgrades System guide provides players with passive buffs known as perks. These perks provide various kinds of boosts to different aspects and they are meant to help make encounters against other gangs easier or more survivable. This feature has lots to offer to players and can be combined together to make the gameplay of Saints Row smooth and easy to get by. Knowing this, we have compiled a list of the top 25 best perks in Saints Row Reboot that we would recommend for players new and old to the Saints Row series:

Shooting like crazy isn’t always the best option to do in Saints Row. There are times that accuracy is the key and saving bullets is a must therefore the perfect perk would be DEAD-EYE. This skill is useful especially when reloading as its speed increases during a headshot skill is performed. This perk has saved me multiple times and helped me overcome overcrowded enemies hoarding me.

Want to be like John Wick in Saints Row? This perk is perfect usage to show off that you can be the next Baba Yaga by performing more damage for each precision kill in style. I gotta say, no one would want to mess with you once this perk is unleashed in Saints Row because if they do, say hello to their graves.

Feeling a bit down that you can’t use two weapons at a time. Well, this perk, Dual Wield, will show your enemies not to mess with the boss with dual SMGs. It also goes well with the slow, high-damage pistols and makes you feel nostalgic for playing Saints 3 & 4. I personally loved this, especially in timed missions, and makes it easier for me to deal more damage even though the reload speed is lowered a bit.

On the Down Low

Causing mayhem and destruction is one of the key points in Saints Row. With this perk, a perfect match is made. On the Down Low helps mitigate one’s notoriety by lowering notoriety gain when causing general mayhem. In other words, the more mayhem you cause, the fewer people are after you. This perk has saved me multiple times and in Saints Row, let’s just say I am a reckless driver who would occasionally cause hit-and-run incidents that let me get chased by the police easily.

Being electrifying literally is a perk that I love using in Saints Row. Not only does it feel satisfying to shock enemies using melee damage but gives them a chance to paralyze them and kill them quickly using weapons of a different kind. I gotta say this perk feels like the upgrade I experience before in Gat out of Hell and makes it easier to get through tough enemies.

Running low on ammo and money is kinda a big problem for me in Saints Row, especially at the beginning of the game. Money and ammo are important as they not only help in purchasing weapons and equipment but also help in improving the status of your gang and unlocking new perks. As such, this perk, Scavenger, is the perfect ability to equip as enemies will drop more money and ammo when killed.

Car chases are now a bigger deal to face in the newest Saints Row game and getting chased around is fun and all but sometimes, you want to get rid of your adversaries while driving. Using the Shiny & Chrome perk, sideswiping cars will deal more damage and with it, easily escape car chases that are very annoying.

For the first time in Saints Row history, flying like superman can be accomplished. A new means to travel is called the wingsuit. Technically, players must approach a tower and when they do, they will be boosted upward, and automatically instead of a parachute popping out of one’s back, a wingsuit is deployed and you can fly or rather glide to any location with no ease. This perk is an optional use but for those who want to reach the sky faster, using this perk will make air time a thing of the past.

Look fashionable as you lead your gang. This statement is a must to look good in Saints Row and nothing says keeping your cars healthy and strong with this perk. This perk keeps your cars healthy as possible it gains health whenever an enemy vehicle is destroyed. This perk works well with the Shiny & Chrome perk and can make things smoother in car chases.

Health bars are important to maintain especially in gunfire battles in Saints Row. To restore one’s health, takedowns are the key. This feature is really helpful in a way that made me nearly experience a game over in a mission. To gain more health when doing a takedown, using this perk is very helpful, especially against stronger enemies with armor.

For those who have played previous Saints Row titles, the energy drink, Saint’s Flow comes to their mind but in this new one, it’s not an energy drink but a gauge used to perform special skills such as throwing grenades, temporary armor, flaming fists, and more. Each skill equipped has its own damage ratio. To make use of FLOW, the perk RAMPAGE can be equipped to add more damage when skills are used. I love this perk so much that I kinda abused it to the point that annoyed my friends in doing so.

Surprise your enemies with the perfect perk to deal more damage from behind and using the Sneak Attack is the right choice. When ambushing enemies or attacking staggered mobs, this perk can be used and is an optional choice for those who are just starting the game now. I recommend using this since there are missions where stealth is important.

Combine this perk with Scavenger and your money trouble in Saints Row will be a thing of the past. When playing Saints Row, I noticed that it’s a big hassle to go around dead bodies just to loot money and ammo but with Loot Grab, it won’t be. It allows players to loot the resources needed like a magnet and makes things easier for covering less ground to find dead bodies.

To make things fearful to your enemies, this perk is very contagious when doing a takedown maneuver in Saints Row. It puts the fear of being a dark knight on your enemies as they cower in fear when a takedown is performed. When using this, I felt like I am Batman, and made me want to show off how much a dark knight I can be to their faces.

Explosions can happen anytime in Saints Row and usually, getting caught on fire is really annoying to the point that it easily shaves off a lot of your health. To keep your state in perfect condition, this perk can be used to take less damage from fire damage, especially from even explosions or flamethrowers.

Wanting the need for speed in Saints Row is something I find found during road trips. I love the fact that using different cars from sports mobiles to pick-up trucks to even golf carts is used as means of travel. If you’re feeling this perk is optional to use as it increases the speed of vehicles when a near miss is performed.

Whenever you’re holding a gun in Saints Row, you can shove your opponents by kicking them. This tactic is actually one of my favorite things to do to eliminate the competition. But this tactic can strengthen more by using the BACK-OFF perk. Truth be told, I never had such fun kicking my opponents in the butt and shooting them in the head for a killing shot.

The feeling of becoming invincible is a must-need effect, especially in gun battles found in Saints Row. To further make sure, you can gain more health and preserve your life, this perk combined with Big Finish can make sure your health is unfathomable. This proved useful to me during my battles with waves of enemies in crime ventures and I had so much fun feeling like an indestructible person.

A minor perk that allows players to shoot anyone from the hip. Naturally, I wouldn’t recommend using this perk but this is one of the 1st perks, you unlock early in the game. Equipping it helps a lot from the very beginning of the game and most of the missions found in that part would require you to master this perk in order to survive.

Acrobatics is something that Saints Row is known for. From ragdoll effects to dodging enemies to even doing stunts in the air via vehicles, anything is possible in Saints Row. The Dodge Baller perk is a useful ability that especially in melee fights. When dodging a melee attack, you can perform more damage temporarily. Toughness is the key to this perk and that is why I can say this perk should be used as well.

In the movie John Wick, getting shot in the head wakes up a lot of viewers and especially when performing a takedown maneuver. In Saints Row, it is not so different. Using Eagle Eye allows players to reduce the cooldown effect of the Takedown ability when performing headshots. From time to time, I normally do headshots to restore my takedown gauge and I loved the fact that performing different types of moves and abilities is. Using my skills and using the perk, Eagle Eye is the perfect combination that I love using in Saints Row.

High risk and high rewards are usually a challenge for me in most video games such as Destiny 2, Final Fantasy, and GTA. In Saints Row, there is no exception as well. A perk called Flow Gambit is one I used if players are looking to challenge themselves willingly. This perk deals less damage but gains more flow upon killing an enemy. After playing hours of Saints Row and using this perk, I would use this if I feel bored and want to perk up my enemies just so as to make things harder for myself with great rewards.

Running out of fuel to use skills is always a factor in clearing out enemies and no better way than to sacrifice a part of yourself to use them. This perk, Blood and Guts, is an elite skill that’s unlockable after completing 44 challenges in Saints Row and is also a high-risk and high rewards type of use. Normally, this perk is used when you’re out of flow, you can spend health to use a skill. Useful as it sounds, this perk I would use as a last resort to handle tough enemies, especially bosses.

One of the best perks I know that fans would want to equip in Saints Row is the Breakfall. Usually, mishaps happen, and every player wants to avoid such stupidity. Breakfall is the absolutely needed perk to do so. You can take no damage from falling off the building, especially from unexpected gliding travels that lead to your doom. This perk is a lifesaver and I feel glad to have this.

Read our Saints Row – Review to see what we think about the game. Also, check out our other Saints Row guides and articles below:

Also check out this interesting video by I Lap The Flash on his take on which are the Best Perks & Which Ones Are Bad in Saints Row Reboot 2022: