All High On Life Guns and How to Get Them 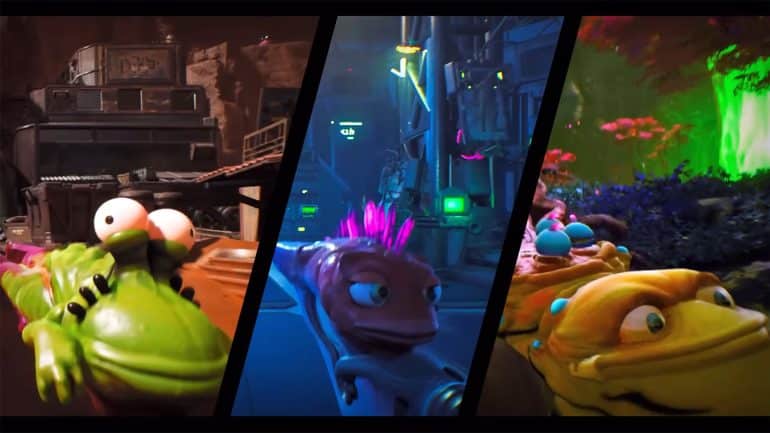 The guns and weapons in High On Life are not the ordinary kind that usually appear in most shooter games. These weapons are sentient beings called Gatlins who have their own consciousness and varied characters. Each of them also has a special ability that can help in the protagonist’s quest to topple down an alien drug cartel.

In this guide, we’re going to know more about the guns of High On Life and find out how to get them in the game.

How Many Guns are there in High On Life?

There are a total of six guns in High On Life, which are as follows:

Creature is a special kind of gun that fires out his babies to attack enemies and can also be used to solve obstacle puzzles. One of the babies called the Hypno Baby can be shot at an enemy to control their mind and make them fight on your side for a few seconds. Creature will be available during the Bounty: Skrendel Bros mission after rescuing him from the facility. Creature is voiced by Tim Robinson.

Gus is another firearm that works mainly as a shotgun. Apart from that, it can also launch discs on walls that you can latch and stand on, and it also has the ability to suck enemies closer with its vacuum. Gus will be available during the Bounty: Krubis mission once Krubis has been defeated. Gus is voiced by JB Smoove.

Kenny is your starting firearm. He fires just like a pistol and also has an alternate fire called the Glob Shot that allows him to shoot an explosive projectile that can blow enemies away and open up puzzle walls and bridges. Kenny will be available at the beginning sequence of the game. Kenny is voiced by Justin Roiland, the same actor behind Morty of Rick and Morty.

As the name suggests, Knifey is your combat knife who you can use as your melee weapon against enemies or just as a way to pry open lugloxes. He has a very bloodthirsty temperament and just talks about wanting to kill anyone, including you. He can also be useful as a tether to grapple on to metallic surfaces or hookbugs. Knifey will be available during the Bounty: 9-Torg mission one you reach the Laundromat in the Slums. Knifey is voiced by Michael Cusack.

Lezduit is a very powerful plasma cannon that can shoot out arcs at enemies. He’s great at taking down multiple enemies as its arcs auto aim on each enemy simultaneously. However, once it runs out of juice, it takes a while before it can be fired again. Lezduit will be available once Gene “fixes” him up after defeating Nipulon in the Bounty: Nipulon mission.

Sweezy is a semi-automatic pistol that seems to have some history with Kenny. She can fire out crystalline projectiles that explode after the same enemy gets hit with multiple crystals or when an enemy hit with the crystal is hit with a melee attack. If that sounds familiar, that’s because she’s almost like the Needler from Halo. She also has a special ability called Time Bubble that can slow down time for whatever is caught in it. Sweezy will be available after killing Douglas in the Bounty: Douglas mission. Sweezy is voiced by Betsy Sodaro.

Also watch this video by TmarTn2 showing the gameplay for the first parts of High On Life: