High On Life: Stab Gene or Not?

Should you do as Knifey asks? 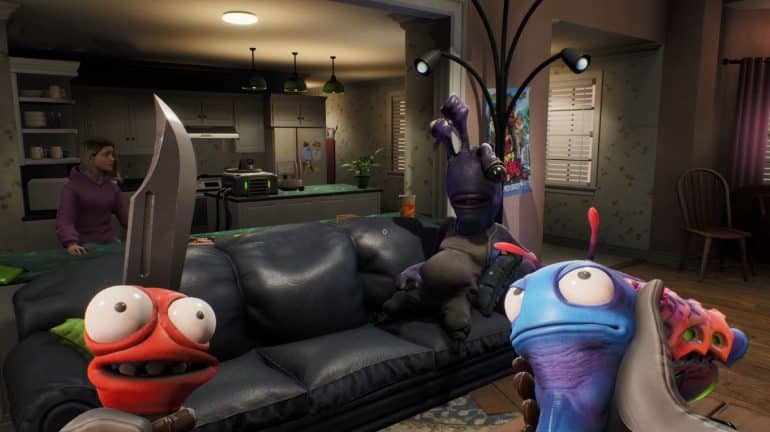 You may be wondering if you should stab Gene or not in High On Life. After getting Knifey, the talking sharp weapon begs you to let him stab Gene after the former bounty hunter lost him at gambling. This guide will show you what happens if you stab Gene.

Should you Stab Gene or Not in High On Life?

You should definitely stab Gene in High On Life. This will earn you the Don’t Knife The Hand That Feeds You achievement, you would otherwise miss if you don’t.

There are no long term consequences to stabbing Gene. He’ll survive regardless simply shrugging off the blow. You’ll also get some funny banter if you choose to do so. So it’s to your best enjoyment that you try to discard common sense when dealing with alien life.

You will not get another chance to stab Gene later down the line. So you could potentially miss out on the achievement for doing so. Here’s our High On Life Achievements Guide & How to 100% so you can take a look at the list of achievements.

Considering how Gene lost Knifey on some gambling, maybe it’s best to let the maniac get a bit of payback. It’s safer than his suggestion to stab yourself. Humans are more fragile than alien life after all, or at least Gene who claims to have survived worse.

Knowing that you’ll get an achievement and a funny reaction from Gene, you’re pretty much encouraged to just stab the guy. Especially if you’re a completionist aiming for 100% and don’t want to start a new game to do so.

And that’s what happens if you stab Gene in High On Life. We hope this article helped you appreciate Knifey a bit better now. Here are some related High On Life content for you:

Check out this Youtube video from BabyZone showing the euphoria Knifey feels every time you let him stab someone, Gene included.