It takes a bit of work to awaken the beast. 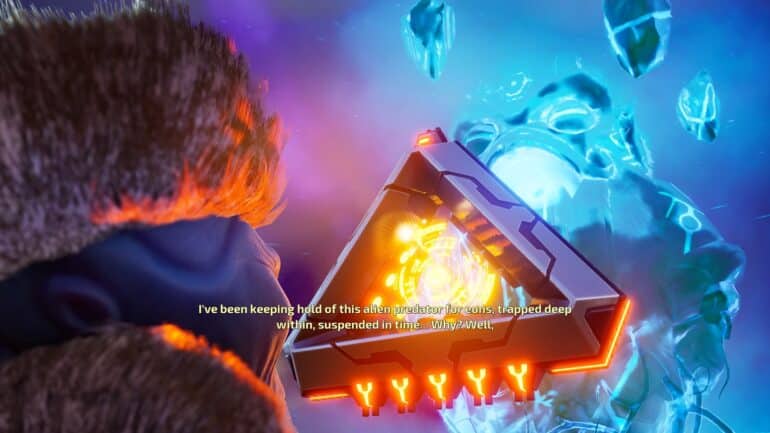 The Burrow Beast weapon is one of the most unique pieces of weaponry that can be acquired in Destroy All Humans 2 Reprobed. Fittingly enough, the gun is unique that it warrants its own subquest.

In this guide, we’ll tell you the questline you need to take in order to unlock the Burrow Beast Weapon, starting with the Cult of Arkvoodle quests.

The beginnings of the Arkvoodle Cult can be traced all the way to Bay City! The Cult’s original purpose was to spread the word of Arkvoodle but the movement grew in ways the Furons couldn’t have predicted. Their persuasive ways allowed members to infiltrate society and make the worship of Furon commonplace. And by using this blind devotion, Shama Llama has tasked his followers to find information on a super weapon worthy of their alien overlords – the Burrow Beast Weapon.

But hold on. There is another thing you need in order to locate the weapon. Those are Artifacts. We’ll explain in a bit.

The Burrow Beast weapon is the final normal weapon that can be acquired through a data core. The gun summons a beast from another dimension to hunt down enemies one by one in a sizeable area the gun has marked. It doesn’t one-shot enemies to oblivion, it does serve as a form of crowd control. It should be noted that you should aim and tag potential targets with the bait. Without bait-spayed targets to eat, the beast quickly loses interest and leaves.

It’s not the best gun in the game when it comes to clearing enemies. But I can argue that it’s a pretty good complementary weapon like the Gastro Gun. So, why do I like having this gun active for as long as possible? Simple. I like watching the beast do its thing, like watching lionesses take down gazelle.

How to get Burrow Beast

To get the Burrow Beast, you need to progress the “Cult of Arkvoodle” questline. This requires the completion of all missions in Bay City, Albion, and Takoshima. There are a number of them to accomplish but each one gets you a little bit closer to having the weapon.

Once you’re on Takoshima and defended Shama Llama’s people from all who attack them. You get access to the Cult of Arkvoodle mission, “The Coming of Arkvoodle”. But you won’t able to start the mission until you collect 30 pieces of Artifacts.

Once you’ve collected at least 30 Artifacts, (which is completely doable since there are exactly 30 Artifacts between Takoshima, Albion, and Bay City.) you’ll be spreading your influence around the island to attract more followers to the cult.

The mission sees Crypto going around the island, getting more people to join the cult, and gathering around the Zen temple for the ritual. And of course, this new activity of people attracts the attention of the KGB and their spore monsters.

After fending off the KGB at the temple grounds, you simply start the ritual and you get to watch a pretty neat cutscene with Crypto conversing with “Daddy” Arkvoodle before getting the weapon.

So, that’s our guide on getting the Burrow Beast weapon. Hope you found it useful.