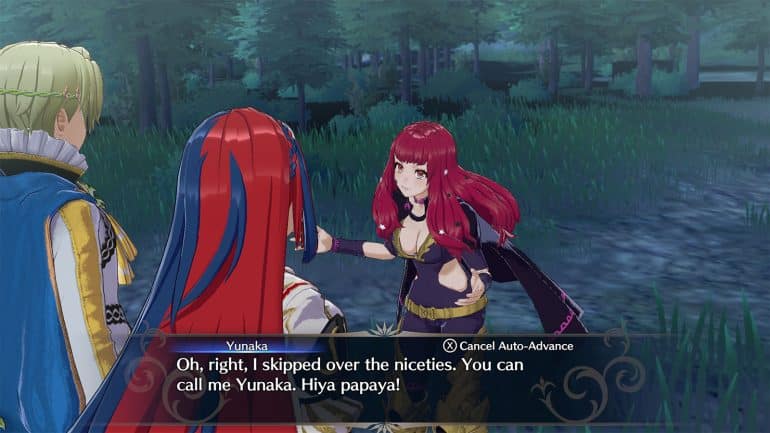 The Stolen Ring is the sixth chapter of Fire Emblem Engage. As Alear and Alfred head towards their next destination, they stumble upon a girl who claims that she has lost what seems to be an emblem ring. She says that the thieves have stolen the ring from her, prompting Alear to retrieve it back by any means necessary.

Read on as we go through the events of Fire Emblem Engage Chapter 6: The Stolen Ring while we share more details about the story and characters, as well as some tips to help in the battles.

During Alear’s journey, they meet Yunaka who appears to be missing at first, but is actually trying to find a ring that she lost. Yunaka describes the ring as something that talked to her, letting Alear know that what she is referring to is possibly an emblem ring. Yunaka asks for the party’s help as she says that her ring was stolen from her by a thief.

The thieves have made an abandoned village as their base as there are a lot of hiding spaces, plus it’s pitch dark at night. The darkness makes it harder for the units to navigate as it limits their vision of what’s up ahead.

To combat the darkness, there are braziers that you can light up along the way. Simply approach a torch with a unit and use its turn to light it up. One of the enemies also carry a torch that they drop once they are defeated. Any unit carrying the torch will have their range of vision improved.

Tread carefully and use units that have good vision like Yunaka and Etie, or tanky ones like Louis to face check the dark areas.

For this battle, Alear and Yunaka will be separated from the rest of the party as they sneak on the northern part of the map. Defeat the enemy closest to them first to obtain Micaiah’s Ring. Micaiah specializes in healing, so use her engage skill in case Alear needs some support. You can also use Yunaka to use Micaiah to hit an enemy with her skill, which illuminates the area of the target.

As for the rest of the party, have Louis be at the westernmost side and have him lead the way through the middle path while have someone like Vander go through the lower path. Once you get the Torch, it’s best to hand it over to Louis to get a better view ahead.

Your units should just be strong enough to deal with the enemies at this point, but if you find it too challenging, try completing the first Paralogue first to gain some levels.

After the fight, Yunaka reveals that she too has stolen the ring in the first place in the hopes to sell it for money. Her mind changed when she heard Emblem Micaiah talk to her and she also decides to join Alear in Somniel.

On the next scene, Alear meets Veyle once again and helps Veyle fix her bandage.

After the fight, you can spend some time talking to the other characters in the area. You’ll be rewarded with the following weapons:

There are also animals that you can find and adopt in the area:

Check out this video by Excelblem showing the events of Chapter 6: The Stolen Ring: