High On Life Boss Guide: How to Beat 9-Torg 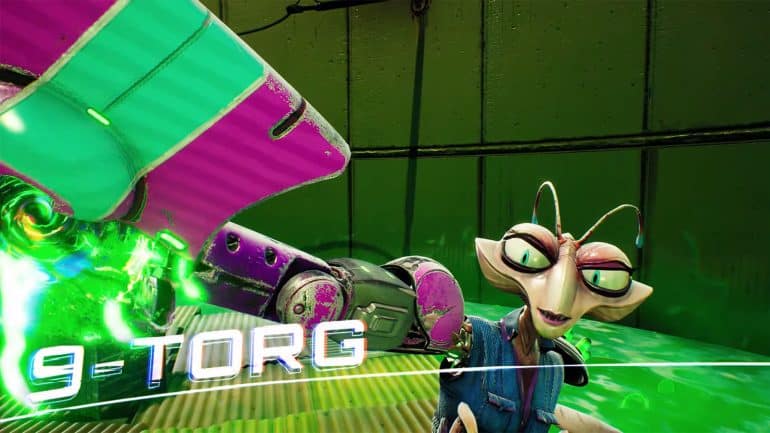 9-Torg is the first boss fight that players will have to face in High On Life. She’s just one of the Torg clones that are fighting for dominance and territory over the slums. As a ganglord, she also has her ant lackeys patrolling the slums.

In this guide, we will be talking about strategies on how to defeat 9-Torg in High On Life.

How to Beat 9-Torg in High On Life?

9-Torg is an agile opponent that can jump really high and can also swim underneath the sludge. She can only deal ranged damage with her laser arm, so she will almost always be at a distance. Listed below are her attacks and how to evade or counter them.

Once the fight is over, you’ll receive the First Bounty Down achievement. You’ll also have the chance to fight the secret boss right after.

Check out this video by 100% Guides showing the 9-Torg boss fight: