How to Get Cinderace the Unrivaled in Pokémon Scarlet and Violet 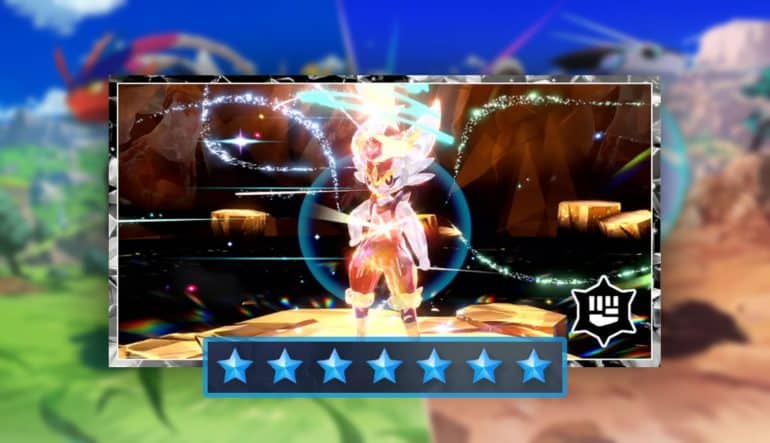 Cinderace is one of the Gen 8 starter Pokémon first appeared in Sword and Shield, and will now be making an appearance in Pokémon Scarlet and Violet as a special 7-star Tera Raid encounter. It’s just one of the few non-Gen 9 and non-Paldean Pokémon to trickle into Scarlet and Violet after the previous 7-Star Charizard from the previous Tera Raid event.

In this guide, we will be talking about the ways of getting Cinderace in Pokémon Scarlet and Violet.

How to Get Cinderace in Pokémon Scarlet and Violet?

This Cinderace is special not only because it’s a Lv. 100 one, but because it also has the Mightiest Mark. Additionally, it has a Fighting Tera Type so its Fighting type moves will surely pack a punch – or a kick. It will also have a perfect 6-IV stat.

This particular Cinderace can only be caught once per save file, but you will still be allowed to participate in other 7-Star Cinderace Tera Raids to get a chance to obtain its rewards.

Make sure that you have already unlocked 6-Star Raids prior to starting this event in order for the 7-Star Tera Caves to appear in your map.

Can this Cinderace be used in breeding?

Based from the previous 7-Star Charizard event, we can safely assume that this Cinderace can also be bred with other Pokémon. It can even be bred with Ditto to produce eggs so that you can also get a Scorbunny and a Raboot in the game.

Will Cinderace be banned from Ranked Battles?

Since Cinderace and its entire line are not included in the Paldean regional dex, we can also assume that they will be banned from being used in the competitive Ranked Battles, as such is the case for Charizard and the other special non-Paldean Pokémon.

Why is 7-Star Cinderace not appearing in my map?

There can be several reasons as to why the 7-Star Cinderace is not appearing in your map. Check these pointers to see which ones may have caused it:

Since this Tera Cinderace is exclusively a Fighting Tera type, it’s a good source of Fighting Tera Shards as it can drop around 12 to 15 shards per win.

They can also drop the following rewards: