High On Life Boss Guide: How to Beat Dr. Giblets 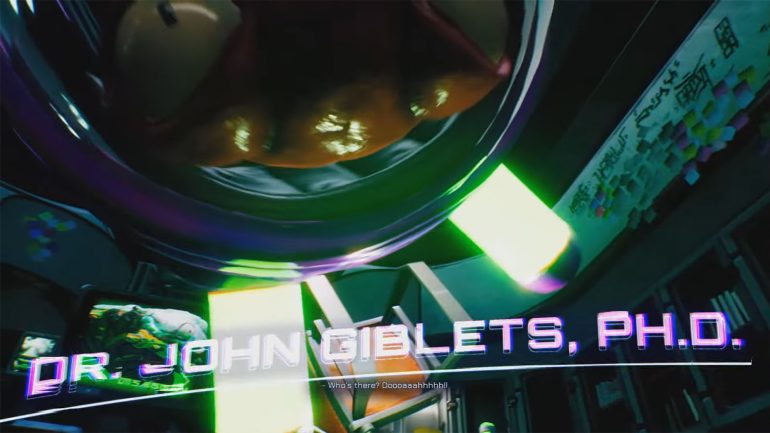 Dr. Giblets is the fifth boss that players will have to face in High On Life. He’s the brains of G3 and has been the one leading the experimentations on the Gatlins. However, the fight against Dr. Giblets may well be the most underwhelming boss fight in gaming history.

In this guide, we will be talking about strategies on how to defeat Dr. Giblets in High On Life.

How to Beat Dr. Giblets in High On Life?

Defeating Dr. Giblets take almost no effort at all as he’ll get startled, fall off the ladder he’s on, and crash on the ground, destroying the bodysuit that keeps his body alive. Right after this “encounter”, you’ll immediately get the Hardest Battle In The Game achievement.

However, the fight isn’t over yet as Dr.Giblet has prepared for a lot of contingencies if ever he dies. You’ll fall through a hatch on the floor and gets sent into his kill chamber. In here, waves upon wave of enemies will be sent out, all meant to kill specific people as revealed by his pre-recorded messages.

For the first wave, you’ll be fighting against regular grunts, then followed by crabs, then followed by snipers and bazookas. After clearing all three waves, the room will be filled with toxic gas so you won’t be able to go down the lower levels of the arena. You’ll need to use your long jump and Knifey to get across the high platforms and clear out more waves of grunts and armored grunts.

After clearing out these waves will then prompt Dr. Giblets to realize that he’s the one who killed himself, which then ends the fight. You can then exit the kill chamber through the trap door you fell through.

Also watch this video by sebanatic5000 showing the “encounter” against Dr. Giblets: