Sewer Location for the Poison the City Quest High On Life 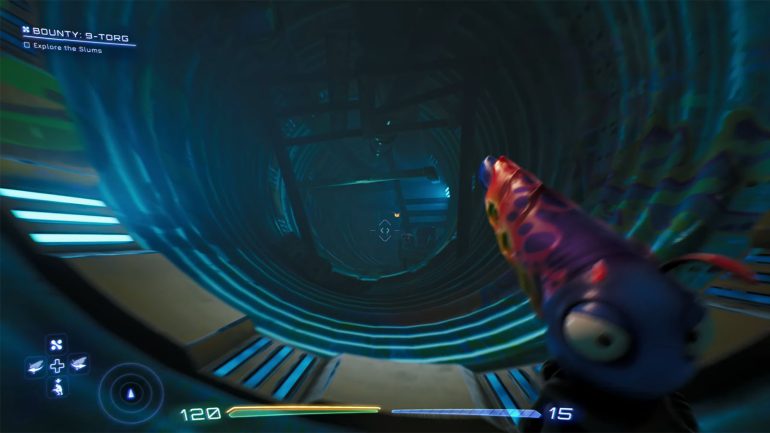 Within the streets of Blim City is a guy that goes by the name of Gary the Poisoner who seems to be busy peeping through a window. As you talk to him, you’ll know that, as his name suggests, he’s planning to poison the water of the city and believes that he’s doing this for the greater good.

Where to find the Sewer Entrance

As much as we wanted this to be a really fun side quest, it turns out that Gary the Poisoner is just sending players on a wild goose chase. He just made up this plot to probably just get us off his back so that he could get back to peeping through house windows. You can tell by the way he stifles his laugh as he mentions the details about this “8-hour content”. When you try to visit him again after some time later, he will tell you that he has scrapped the plan of poisoning the city water.

It should not come as a surprise that the devs would pull this kind of thing off as the game is inundated with these fourth-wall-breaking humor and meta commentary about the game itself and even on the players. But with how the secret ending panned out and the amount of players who tried the game, it’s not a farfetched idea to see this “side quest” become and actual thing in a DLC or even in the hinted sequel.

Heck, we even ran the code through a decoder just to double check for any Easter eggs, but nothing notable popped out.

Check out this video by Tzar Noble Games showing some lines from Gary the Poisoner: