Stray PC System Requirements and the best settings to use

A complete guide for Stray's Minimum and Recommended PC Specs. 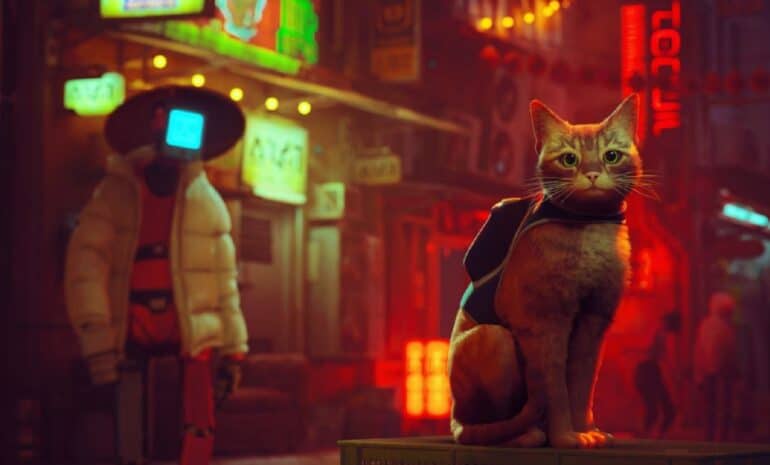 Stray PC System Requirements has been confirmed, and so far it’s not too harsh on players who aren’t running the most powerful and up-to-date hardware. A week from now, you’ll be able to test your computer’s capabilities to run the cyberpunk cat game Stray in which you take control of a normal cat with all of its inherent agility and physical ability. As such, here’s a breakdown on Stray’s minimum and recommended system requirements on PC.

The Stray PC System Requirements state that the GPU needed to play the game can be met by an Nvidia GeForce GTX 650 Ti, making it possible to play the game with a GPU that is almost ten years old. If you want to play the game at higher settings, you’re going to need something a little bit newer, but the developer recommends a GTX 780, so playing the game shouldn’t be a problem for the vast majority of gamers.

As far as memory goes, you’ll need at least 8GB to go around as a cat. Memory requirements for the game aren’t very high but if your computer is older, you may need to upgrade it.

Furthermore, according to the game’s Steam page, the PC version of Stray has a file size of only 10 GB. The actual file/download size of the game may be even smaller since this includes the space needed for the installation process.

Stray is scheduled for release on July 19, 2022 for PlayStation 4, PlayStation 5, and Windows.

That’s our guide on the Stray PC System Requirements.

Also check out this video by Podcast Now detailing why you should get and play Stray: