How to Beat Bjorn in God of War Ragnarok: Boss Fight Guide 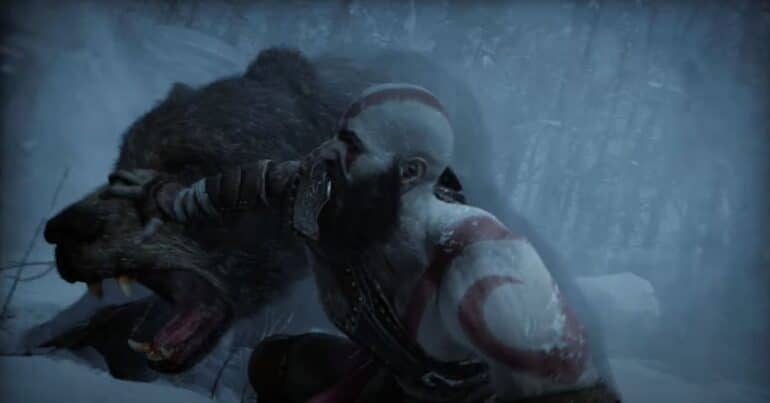 How to Defeat Bjorn in God of War Ragnarok?

To beat Bjorn in God of War Ragnarok, you have to consistently dodge and parry his attacks before counterattacking. Bjorn is fast but he does telegraph his attacks allowing you a split second to react. Keep damaging him when he’s left himself open and you’ll eventually defeat Bjorn.

Bjorn has two types of attacks you need to watch out for. His regular attack swing with little warning but can be blocked with your shield. It’s when there’s a yellow or red circle indicating his special attacks are coming that you need to pay attention. If a yellow circles comes up, you can time your block right to parry Bjorn leaving him open. A red circle means than an attack cannot be blocked and you need to dodge out the way quickly.

After damaging Bjorn enough, you’ll eventually get the prompt to enter your Spartan Rage by pressing L3 + R3 simultaneously. This sends Kratos into a frenzy which deals more damage than normal and restores some of your health.

If you take too much damage from Bjorn, there are several thin trees in the boss fight area that you can cut down to drop health stones. Bjorn only has one phase in his boss fight so you don’t need to worry about adapting to new tactics.

Where to find Bjorn in God of War Ragnarok?

Bjorn will be found at the end of the Raider’s Cave during the Surviving Fimbulwinter. He is a story boss fight so you can’t avoid him. Kratos will fight Bjorn in an open clearing after being ambushed by the brown bear.

Check out this Youtube video from Shirrako showcasing the fight with Bjorn in God of War Ragnarok.