How to Beat Thor in God of War Ragnarok: Boss Fight Guide 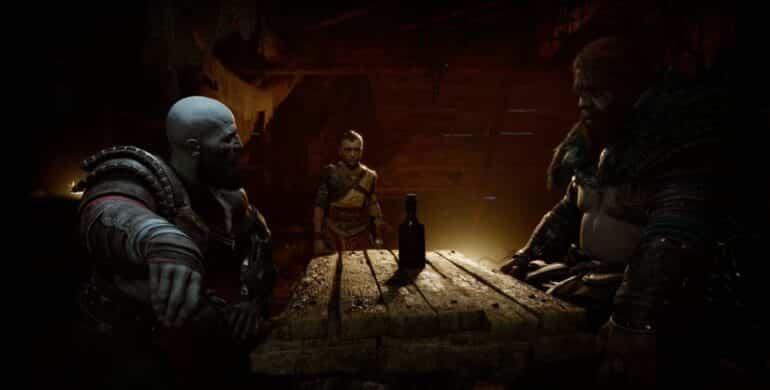 Thor in God of War: Ragnarok is the second boss fight you’ll in encounter during your playthrough. Despite being the most famous of the Norse pantheon, Kratos fights him fairly on and he’s quite the challenging boss regardless of difficulty. Read on, and this guide will teach you how to beat Thor in God of War Ragnarok.

How to Defeat Thor in God of War Ragnarok?

Now when you face Thor in God of War Ragnarok, he has multiple phases. Each phase will be more challenging than the last. Being the God of Thunder, he is no pushover and constantly trying to provoke the former God of War. Time to show him why that’s a bad idea.

In his first phase, Thor is just toying with Kratos. His attacks are highly telegraphed and easy to dodge. His entire moveset amounts to little nothing more than trying to grab the former God of War or a clapping shockwave that damages anything in front of him in a cone.

It’s easy to dodge Thor’s attacks during this phase. He takes large powerful haymakers at Kratos but you can easily block or get out of the way provided you pay attention. You’ll see him fiddling with Mjölnir, but he never actually uses it during this phase. All the same, Kratos will not have access to the Leviathan Axe during this fight as well.

The best way to beat Thor here is by being aggressive. Always keep attacking and be on the lookout for when you need to dodge and parry his attacks. Since he’s mostly slow in this phase, you don’t need to worry about being on the defensive.

Activating your Spartan Rage will have Thor actually impressed. It will do a lot of damage to him, staggering him all the time, leaving him unable to counter attack. Once he drops to his knees, you’ll see the R3 prompt which triggers a cutscene which finally calls the Leviathan Axe to Kratos’ side.

Once you lower Thor’s health enough, another prompt for R3 will show. This will trigger the second phase of the boss battle with Thor in God of War Ragnarok.

The second phase of Thor’s boss fight is where the God of Thunder finally starts using Mjölnir to fight Kratos. He we gain access to a variety of ranged attacks in this phase which he can use if Kratos is far away. Thor is noticeably faster here having finished his warm up.

Thor has two types of ranged attacks here. He throws Mjölnir at you after a brief moment of telegraphing it. His other ranged attack has him released electric energy to the ground your way. Both can be dodged easily if you keep an eye out.

Notice that there are pillars around you. Some of them can be interacted with by Kratos to strike at Thor. This will deal a bit of damage to the God of Thunder and you can use it when he gets close. We advise that you use them as early as possible because Thor can destroy them when he starts throwing Mjölnir.

After damaging Thor enough, he will throw you. He angrily asks if his sons died to Kratos thanks to blind luck. You’ll die in this cutscene however Thor quickly revives you resuming the fight.

When Thor’s health is low enough, another prompt for R3 will appear above his head. This will begin Phase 3 of the boss battle with Thor in God of War Ragnarok.

The third phase of Thor’s boss fight is when he finally gets serious. He will summon lightning from above striking down below at red zones. Avoid these at all costs as getting hit will not only damage you but stun you as well leaving you open to attacks from the God of Thunder.

Thor still has access to attacks from his previous phase so you should already be used to dodging them. Although compared to before, he is much more aggressive and will frequently attack. You will need to match up with his aggression in order to take him down.

Once Thor slams the ground with his fists, he is calling for lightning strikes in multiple locations in the boss fight area. But this leaves him open to being rushed. Combine the tactics of what you learned before and you’ll be able to beat Thor in God of War Ragnarok.

After damaging Thor enough, you’ll get into one last cutscene signaling the end of your fight with him.

Check out this Youtube video from GameClips showing the boss fight between Kratos and Thor in God of War Ragnarok.