What remains of Asgard's armies are still out there, causing trouble 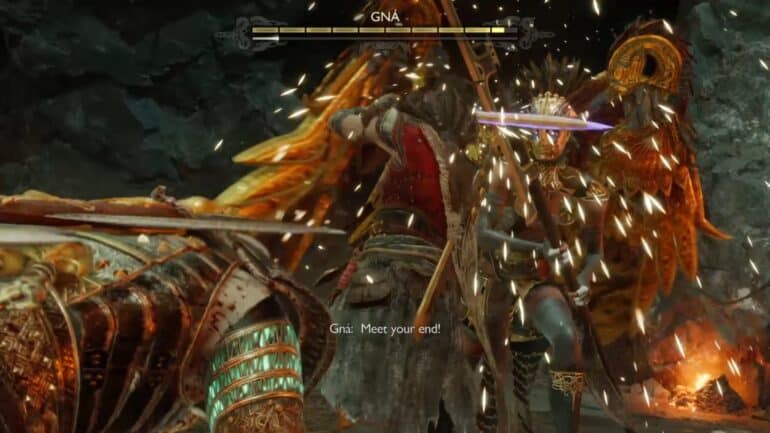 In The Last Remnants of Asgard Favor of God of War: Ragnarok, Ragnarok has led to the full destruction of Asgard, and yet pieces of it rained all over the surviving realms. It is there that the remnants of Odin’s ever-faithful Einherjar have rallied under the leadership of the current queen of the Valkyries, Gna. As long as she lives, the realms will not know true peace.

In this guide, we’ll tell you where these Einherjar are hiding so you can sweep in and put an end to their plans once and for all. We will go over the Favor that concludes this part of the game’s epilogue, the Defend Your Valor Favor.

All The Last Remnants of Asgard Locations

The first thing to note is that all the camps are marked on the map. But finding them is a minor problem. The air around the camps glows with the afterglow of bifrost and larger pieces make for great makeshift walls. You won’t have trouble looking for them.

There are 10 camps in total, spread across 5 realms. And while each camp is defended, Kratos didn’t just survive Ragnarok only to fall to anyone besides Gna or Hrolf. No. This is an essential clean-up work in order to set the stage for the final fight against the reigning Valkyrie Queen.

Let’s start where the beginning of the end started – Midgard.

Midgard, Near the Well of Urd

This camp is located at the base of the mountain that leads to the Well of Urd. North of the map. To enter the camp, you’ll need to squeeze through the narrow corridor.

The most notable enemies are: (Assume warriors are included in the mix)

The second camp is located in the middle of the bridge that connects to Tyr’s Temple. Strategically, it’s a good spot. One way in or out limits enemy movement. At least in theory.

I don’t think the backup’s needed. The mount’s shields are intimidating enough.

This camp can be found in the secluded area of Aurvangar Wetlands where you needed to duck in order for the boat to pass through the gap. Expect to be fighting as soon as the boat touches land.

This camp is located at the base of the Dwarf Statue which lies at the entrance of Alberich Hollow.

The last camp in Svartalfheim is located in the Jarnsmida Pitmines. It is so close to the Mystic Gateway that you’re already in the camp the moment you get off the chain after you climb over the edge.

The camp in the Strond is our next location. It is located along the path that leads to the Temple of Light.

The final camp in the Alfheim is located in an unmarked location next to the entrance to The Below of the Barrens. There are only 2 tough enemies guarding this location.

As the name implies, this camp is close to Freyr’s camp in Vanaheim. To get to it, you’ll need to take the Western exit using the spears to cross the gap. It is visible the moment you cross the boat.

The enemies are waiting in ambush. They will only reveal themselves after you’ve opened the chest.

The last camp in Vanaheim is located East of the Freyr’s camp across the river near the Abandoned Village. You’ll be fighting enemies the moment you drop from high ground.

The first of the two camps in Muspelheim is located at the very end of the Burning Cliffs practically in front of Surtyr’s Forge. It’s a bit of a long walk but if you can retrace your steps, you won’t have any problems reaching the camp.

And that’s it for all the Einherjar camps across the realms. Now that they are gone, it’s time to focus on the real threat, Queen Gna. Her base of operations is found in the Crucible. And we’ll have a separate article that’ll help you beat the toughest boss encounter of the entire game.

For more on God of War Ragnarok content, we have more articles for you to check out.

Also check out this video by ZaFrostPet showing All Remnants of Asgard locations in God Of War Ragnarok: