How to Beat Dreki in God of War Ragnarok: Boss Fight Guide 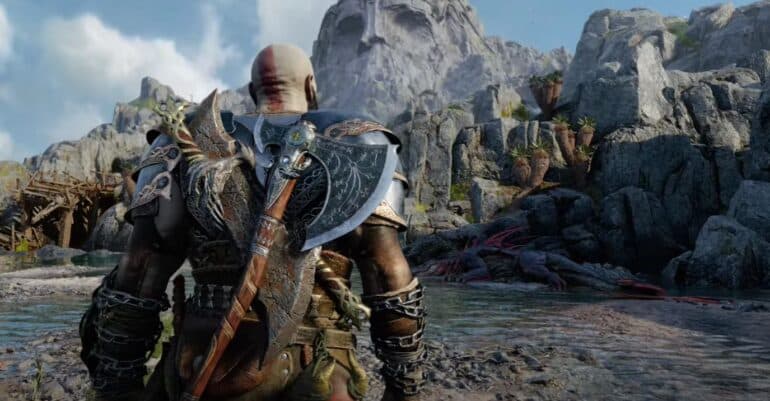 How to Defeat Dreki in God of War Ragnarok?

The Dreki in God of War Ragnarok can be defeated through relentless attacking and parrying of its moves. Due the wide swings of its tail, it can be challenging to dodge its attacks so you’re better off timing your blocks to its attacks. Be aggressive and attack whenever possible and you’ll eventually defeat it.

When fighting the Dreki in God of War Ragnarok, you have to watch out for its mouth and tail. Those are its two most prominent ways to attack you. It largely telegraphs its attacks so you can immediately block before it lands a hit and then counter. At a distance, it can spit a stream of water your way so don’t think you’re safe just because it’s far.

Your Spartan Rage is your best friend here when it comes to dealing damage. So be sure to activate it with L3 + R3 when it’s ready. However while that meter is charging up, you can use the Leviathan Axe to chip away its health. Parrying its moves gives a lot of room for devastating combos.

Watch for when the Dreki opens its mouth, this means it will try to take a bite out of you. It will sometimes do a move that has a yellow indicator meaning it can be parried for counter attacking. Its tail will be much faster giving little warning before it sweeps the area in front of it. When you have a small bit of distance from the Dreki, it will perform a lunge attack that you can also parry.

In the second half of the boss fight, the Dreki will start spewing out electricity. Be careful when there’s a red indicator, as the Dreki will start to shock the floor around it in electricity that you won’t be able to block. Once this happens, you either have to time your dodge just right for when it stomps on the ground or run away until you’re out of its range. If you’re hit, you will be temporarily paralyzed, leaving you open to attacks. Be careful, because the Dreki can spit out electricity if you’re far which will also leave you paralyzed temporarily.

Check out this Youtube video from DarkPlayerBrett showing the boss fight with Dreki in God of War Ragnarok.