How to Beat Alva in God of War Ragnarok: Boss Fight Guide 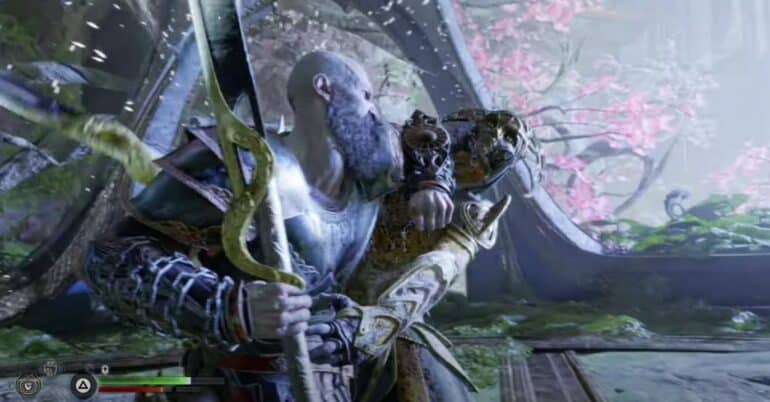 Alva in God of War Ragnarok is a very powerful elf capable of giving old Kratos a run for his money. This boss is capable of charging her attacks to deal quite a bit of damage and is able to perform several moves that are difficult to counter. Alva is more than able to fight in both melee and ranged combat. Read on, and this guide will teach you how to beat Alva in God of War Ragnarok.

How to Defeat Alva in God of War Ragnarok?

The best way to beat Alva in God of War Ragnarok is by continuously moving around the map, interrupting her attacks, and parrying them to ensure she never gets a hit in. Alva is devastating if you stay in one place for a time as her swift combos can easily move in on you unless you’re quick to dodge and block your way out of danger.

The challenge with Alva in God of War Ragnarok is that she’s one of the bosses with no checkpoints. There’s also little to no healing items in the boss fight area. So if you get beaten, you’ll have to start her boss fight from the beginning.

Alva can charge her attacks, which will be indicated in a double blue marker. When you see this, hit L1 + L1 in succession to bash her with your shield interrupting her attacks and stunning her. Alva will also do this when she is healing herself and you’ll have to get near to bash her with the shield again to interrupt her.

If you leave Alva charging, she will do a devastating attack. Either that or she’ll be able to recover some of her lost health. Neither scenario is ideal which is why you’ll have to watch out for when this double blue marker is on the screen.

On harder difficulties, not interrupting her when those two blue circles appear could mean a quick end for Kratos. You are quickly shown the important of interrupting Alva’s attacks in the beginning of the fight.

Dodge or Block Her Combos

Alva attacks in very quick succession with her blades. This makes them hard to parry so always assume that she will have a combo attack when she rushes forward at you. Thankfully she can be staggered leaving her open to devastating blows from Kratos.

Take advantage of Atreus in this fight. Alva seems to largely ignore the boy which allows Atreus to chip some health away.

Use the Blades of Chaos or Leviathan Axe to Stun

Alva can occasionally use ranged attacks once she disengages from melee combat. Use the Blades of Chaos or the Leviathan Axe to hit her from a distance which should also interrupt her attacks, just not the ones with blue indicators. However watch out for her red circle marks which hit fast and can’t be blocked as she throws an X-shaped projectiles your way.

After you’ve lowered Alva’s health enough, she will have the R3 prompt of which you can get near her to do some punch her into the ground. You’ll also have to do this at the end of her boss fight to finally take her down.

Also check out this Youtube video from SmvR showing the boss fight with Alva in God of War Ragnarok: