How to Beat Vanadis in God of War Ragnarok: Boss Fight Guide

Take on one of the most formidable Valkyries Kratos has ever faced. 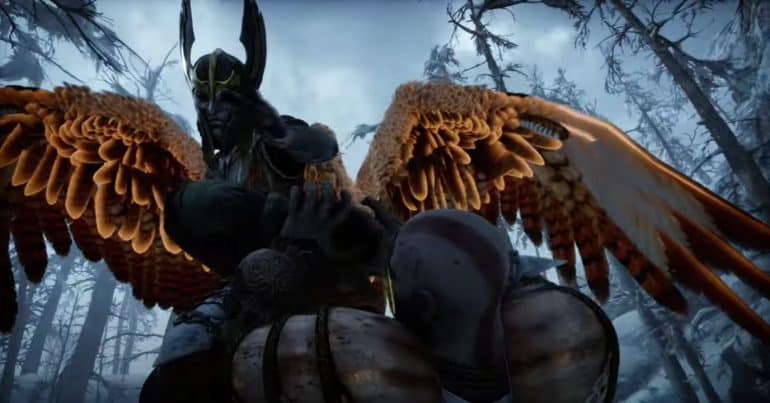 Where to Find Vanadis in God of War Ragnarok?

The Vanadis Boss fight takes place in the backyard of Atreus and Kratos’ home in Midgard. After Atreaus wakes up in Midgard instead of Sindri’s House in the fifth chapter: The Lost Sanctuary, before the main path: The Reckoning begins, you’ll eventually meet up with Kratos and defeat a bunch of Hel-Reavers. Once dealt, Vanadis will appear.

How to Defeat Vanadis in God of War Ragnarok?

The best way to beat Vanadis in God of War Ragnarok is by utilizing parrying to counter her attacks when she’s left stunned. This boss fight has multiple phases that you’ll have to go through in order defeat this Valkyrie. Vanadis is fast and aggressive and has plenty of moves at her disposal to put you on your backfoot.

Right from the beginning, Vanadis is out for your blood. She easily puts the pressure on you through a variety of hit-and-run tactics which have her zooming to your position with combos and then flying away to get some distance when she’s overwhelmed. What you really need to watch out for is how she flies around the boss arena to dodge your attacks and get near you making it hard to keep track of her.

Look out for whenever Vanadis charges at you. She has different variations of melee attacks that she’ll use to damage you. Each of them can be parried to leave an opening to sneak in some counters. Vanadis will sometimes even block which is indicated by two blue circles which you can break by pressing L1 + L1 in succession.

What’s annoying when fighting Vanadis is that she’ll immediately retreat once she’s overwhelmed. At a distance, she has access to some ranged attacks that strike quickly. Keep an eye out for when her left hand turns white cause she will summon a bow to shoot purple arrows your way. If she’s standing while her bow is out, she will fire a succession of arrows in a straight line. If Vanadis is crouching, she will fire arrows in an arch.

Once you damage Vanadis to half her health she will grab Kratos and begin the second phase of her boss fight. The moment the second half of the Vanadis in God of War Ragnarok boss fight begins, Kratos’ Spartan Rage will instead be replaced by Valor which heals him rather than deals damage.

Considering that there are barely any healthstones in the boss fight area during the second phase of the Vanadis fight, you’ll want to take advantage of Valor when in critical condition.

Be careful when you’re near Vanadis. She can spit out poison around her which are unblockable and suck up a fair bit of your health. Other than this new attack, Vanadis’ moveset will be largely the same. You can use the same strategy of deflect her attacks as was in the first phase of her boss fight.

You will not need to empty Vanadis’ health bar. The fight will stop once she is in her last bar of health where she grabs Kratos and a cutscene ensues.

If you manage to defeat Vanadis, you’ll be rewarded with a bunch of new abilities for Kratos. For us players, we get the Backyard Brawl bronze trophy.

Also watch this Youtube video from theRadBrad who takes on Vanadis in God of War Ragnarok during one of his playthroughs of the game.