A guide on how to complete the Drumbeat Island quest in Lost Ark. 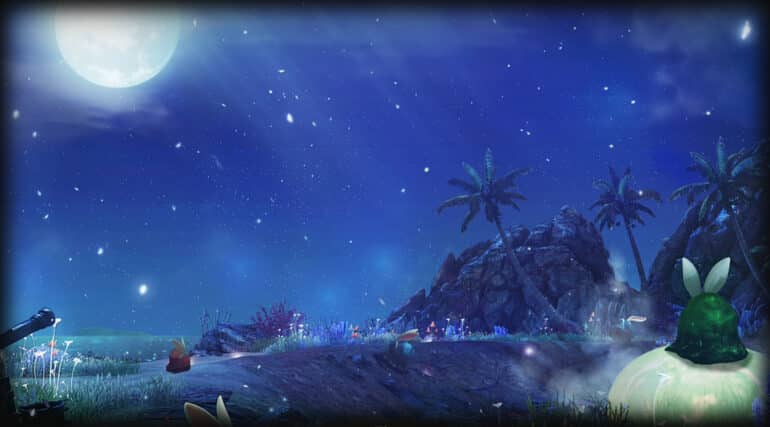 Lost Ark Drumbeat Island is one of the Adventure Islands in rotation within the seas of Lost Ark. In this island, players will have to investigate a huge thing that fell from the sky. As a reward for completing the quest, players will get a huge sum of Pirate Coins and Gienah’s Coins, which makes this island a must-visit for everyone.

In Lost Ark, island exploration is vital to obtaining significant rewards and cosmetics. Even if you’ve used the content calendar and alerts before, there may be some events that don’t show up there. It’s possible that Drumbeat Island won’t show up right away. Lost Ark’s Drumbeat Island is covered in this tutorial.

Once a week or so, Drumbeat Island will be available. It’s possible that this island will show up on Procyon’s Adventure Island schedule in addition to field bosses and ghost ships, the compass has chaotic gates.

Where is Drumbeat Island Located?

Drumbeat Island can be found east of North Vern, northwest of Pleccia island. This island is only accessible via sailing and is only open on certain days of the week. Maintain close watch for your Alerts page when sailing towards the Vern East Sea, and sail towards it as spawning schedule draws closer. Once you’ve arrived, you’ll be able to embark on an island adventure in Drumbeat Island similar to other islands.

You can check your Procyon’s Compass to know which islands are open for a visit for the day, or you can also check with the in-game calendar to see what dates Drumbeat Island will be open.

You can access Procyon’s Compass by clicking the compass icon in the top-right corner of your screen, which is located just below your minimap. Codex and Bifrost buttons are separated by an icon. You may find “Appearance Notification Info” buttons on Procyon’s Compass page for each category of content. Adventure Island’s information button can be used to see if Drumbeat Island is open. Three islands will be available for the day, as shown on the Adventure Island Notification Information page. Wait till the next set of islands appear if Drumbeat Island isn’t here.

Drumbeat Island is a recurring event in Lost Ark that can be found under the Adventure Island option in the Procyon’s Compass menu.

There will be a limited-time event letting you know when Drumbeat Island arrives on Procyon’s Compass. When you initially arrive on the island, an NPC will give you a new mission and a co-op event marker. Start the task as soon as possible before the co-op event begins.

The “Dangerous Debris” co-op event on Drumbeat Island will require you to collect falling debris. In order to interact with the debris, it will appear as a glowing light on the ground. After collecting all the debris, a large object will appear for you to destroy with a Rabbit Foot Hammer while avoiding the spawning monsters. In both the co-op event and the island quest, breaking this object is a requirement to progress to the Drumbeat Island quests.

On Drumbeat Island you can perform two quests that will reward you with some valuable loot.

Both quests may be obtained from Scholar Obitan, who is a unique NPC on Drumbeat Island, who can only be found there.

It is necessary to complete an exclusive mini-dungeon on the island in order to proceed with the adventure on the island, which is a quest called “With Doubts.”

The With Doubt quest is the primary objective of the island, and it will need you to participate in a co-op mini-game in which you must smash small green blob monsters.

This is a quest you’ll want to put your attention on because it has a chance of dropping a Drumbeat Island Token if you complete it successfully. In addition to the token, the player will receive 1,000 Gineah Coins as part of the rewards.

A side quest on the island is called “Mysterious Object,” and upon completion, you will be rewarded with 10,000 Pirate Coins and 2,033 Roster XP.

How to Complete the Drumbeat Island Quests?

The Drumbeat Island quest chain is just a short one, but it requires to have dozens of other players to participate to be able to complete one part of the quest on time.

Once you enter the island, talk to Scholar Obitan to start the quest chain.

Interact with the Telescopes

Go to the nearby telescopes set up on the shore. Afterwards, return to Scholar Obitan for the next task. Then, just wait for the co-op event to start.

Once the co-op event starts, you must gather up the glowing debris that are within and around the crater. Everyone in the event must gather a total of 300 debris within 5 minutes to be able to proceed to the next part of the quest. Each debris that you pick up can average around 3-5 pieces.

Once you have finished the first task, go grab a Rabbit Foot Hammer near the perimeter of the crater.

Whack the Huge Object and the Slimes

A huge green object will fall inside the crater. Use your hammer to whack away at the object until its yellow meter gets depleted. Afterwards, the object will shoot out colorful slimes wearing bunny ears around the area. Whacking these slimes will count towards the objective completion.

After all the slimes have been whacked, another green object will fall in the middle. Just repeat all the whacking until you have whacked enough slimes to fulfill the objective.

While all of this is happening, there will be bees that spawn and attack players, causing a bit of damage and stunning players for a few seconds. Use your Q skill to throw a net towards these bees to slow them down, and whack them using your hammer.

Talk to Scholar Obitan once more to receive the first batch of rewards which include:

Interact with the Fallen Slime and then destroy the beehives blocking the path to the other part of the island.

Interact with at least two Fallen Slimes and then talk to the Slime Guard Captain to proceed to the next task.

Grab another hammer and whack five beehives that are around the second crater of the island.

How to get the Drumbeat Island Token?

The Drumbeat Island Token can be given as a chance reward for completing the co-op event in the island. In case you don’t get the token, you can try completing the quest again the on next day the island becomes available once more.

Check out this video by HeroicMizu on how to complete the Drumbeat Island quest: