A guide on the Argos Abyss Raid Phase 2 in Lost Ark. 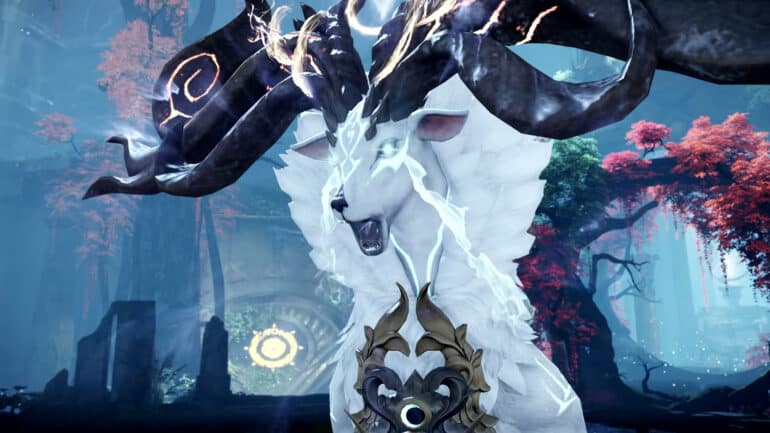 Argos is a boss that players can challenge in the newest content released in Lost Ark. Argos is an endgame boss that will definitely put up a challenge for veterans as they try to farm his materials to be able to craft stronger gear.

In this guide, we will look into the second phase of the Argos Abyss Raid as well as share some tips and tricks on how to survive and defeat him.

How to Prepare for Argos Abyss Raid – Phase 2

We recommend for you to check our guide for the first phase of the Argos Abyss Raid for the in-depth prep list that you should take into account before joining the raid. Nevertheless, here’s a summary of what you should prepare for, plus some notes that will be needed for phase 2.

Prepare your Item Level or iLvl

The required item level for Argos’ phase 2 is at least iLvl 1385, or else you wouldn’t be able to progress through the phase 2. In the NA and EU servers, players have access to the Oreha Abyssal Dungeon which allows them to craft the Chosen Set. Simply work on upgrading the pieces of this set and you will be able to meet the iLvl requirements of each of the phases.

Generally for Phase 2 of Argos Abyss Raid in Lost Ark, you would want to focus on having the maximum attack power output if you are designated as the DPSer of the party, or focus on improving your shields and heal as support. The recommended engravings will vary from each class, but here’s a quick overview on the most recommended ones:

Recommended tripod levels of your major damaging skills should be at 2-3, if applicable. Continue working on your tripods at this point by farming for more gear pieces with the tripod level upgrades that you need for your skill builds. Make sure to utilize the skill library and the tripod alarm to make the effort easier.

Recommended gem levels should be at around level 3-4. Every percent of damage that you add and every second of cooldown that you shave will incrementally help a lot in making sure that you defeat not only Argos, but also the additional bosses in this second phase in a timely manner.

Needless to say, a party with good comms is needed, especially with the game mechanics at play in this Abyss Raid. It’s recommended to work with your guildmates and decide on a day every week on when most can do Abyss Raid runs since its rewards are capped to once per week. It’s also important to have a support per party since the two parties will be split at several points during the second phase.

In order to reach the second phase, you will always have to go through Argos’ first phase every run. The day and night mechanics remains in phase 2 with the added mechanic where a party will be teleported to a separate platform to fight a different boss simultaneously while the remaining party continues to fight Argos. There are also new attacks added into Argos’ move set.

The entire second phase can be further split into 5 subphases, where the second and fourth subphases is when the two parties will be split from each other. On the start of this phase, Argos will assign the parties with either the day stigmata or the night stigmata.

In Phase 2, Argos will retain certain attacks and mechanics from Phase 1 such as:

He will also do new attacks that mostly do neutral energy damage such as:

Argos will warp 2-3 times while doing a dash.

Look out for the dash path that appears a split second before he warps in to dash and dodge accordingly.

Argos will jump up high and disappear, and will then reappear on a different location. His landing will cause a small circle explosion around him, followed by a ring explosion.

Once a landing mark appears, evade away from it, and if possible, immediately dash back at the epicenter to avoid the ring explosion. Alternatively, supports should cast a shield instead as not all classes can have more than 1 dash and the explosions happen too quickly to avoid not getting hit.

Argos will lower down his head and quickly raises it back up, releasing a wave of energy forward.

Avoid being in front of Argos as much as possible. Dash sidewards as soon as you see his head go down.

Argos will rear up and raise his front legs then stomps them back down, releasing a wave of energy forwards.

Similar to the Horn Attack, avoid being in front of Argos and dash sidewards as soon as he rears up.

Argos will summon wisps that will spin around create two circles. After a second, they will explode and create a ring explosion.

Run away from the rings as soon as they appear to avoid getting hit.

Argos will summon four wisps that will fly far away and revolve around him. They will then fly straight back at him and Argos will then release a huge explosion around him.

As soon as you see the wisps fly back at him, dash away to avoid getting hit by the explosion.

Argos will dash forward and do a horn attack he stops, releasing eight balls of energy that will radiate from him.

Move far away from him once he dashes to be able to get enough clearance to avoid getting hit be the energy balls.

During the first split, the party marked with the day stigma will be transported to a high platform to fight Veorix. Upon defeating Veorix, they will then reunite with the second party to continue fighting Argos. On the second split, the night party will then be transported to a separate platform to fight Tarvos. Upon defeating Tarvos, thy will then reunite with the other party to finish the fight against Argos.

If the platform shows eight circles revolving on top of the platform below, it should be communicated to the night party that they should move to the center of the map to avoid getting hit by the circles.

If the platform shows only a quarter of a circle with an arrow pointing to a corner, it should be communicated to the night team that they go to that corner, i.e.: southeast or northwest. The entire Argos platform except for that corner will be hit by lightning strikes, though Argos can still perform his own attacks on the safe corner so the night party should still be on their feet.

Tarvos will be doing attacks such as ground wave punches, explosive mines, and spike attacks. The main mechanic of this subphase is to destroy the totems that will show up on the edges of the maps, both on Argos’ platform and on Tarvos’ platform. If these totems are left standing for too long, it will wipe the other party.

This is just the second phase of the three-phase Argos Abyss Raid. If you think you are ready to challenge the third phase, check out our Argos Abyss raid Phase 3 Guide.

Check out this video by Saintone that covers the Argos Abyss Raid: