A guide on the Argos Abyss Raid Phase 3 in Lost Ark. 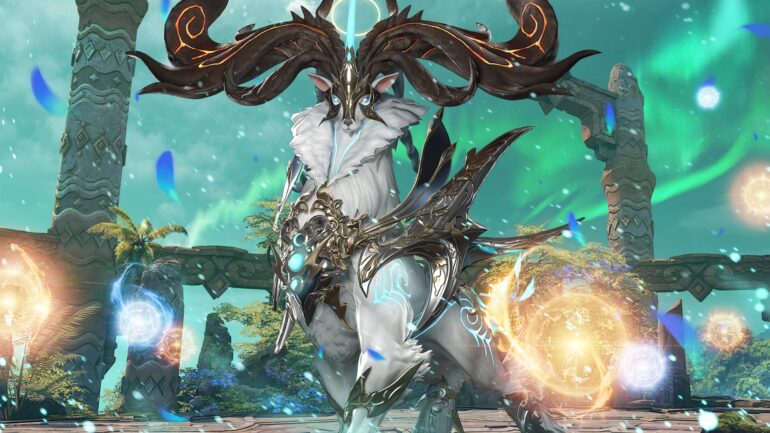 Argos is a boss in the newly added Abyss Raids in Lost Ark. Currently, he is one of the hardest bosses to clear because of the complex mechanics that are present in each of the phases of his fight. When defeated, Argos does give away substantial rewards that players in the endgame would like to get their hands on.

In this guide, we will look into the third and final phase of the Argos Abyss Raid, as well as share some tips and strategies that will help make the phase easier to clear.

How to Prepare for Argos Abyss Raid – Phase 3

If you have reached this far, then that means you have already conquered the first two phases of the raid. Otherwise, we recommend that you check out our guides on the first and second phases of the fight as they have in-depth details on certain attack patterns, as well as preparation tips to be able to make it this far.

For returning folks eager to prepare for the final phase, here’s a summary of what to do to get ready for the next fight:

Prepare your Item Level or iLvl

The required item level for Argos’ phase 2 is at least iLvl 1400, or else you wouldn’t be able to progress through the phase 2. In the NA and EU servers, players have access to the Oreha Abyssal Dungeon which allows them to craft the Chosen Set. Simply work on upgrading the pieces of this set and you will be able to meet the iLvl requirements of each of the phases.

It’s recommended to go beyond iLvl 1400 to make the fight more survivable and lessen the pressure of prolonging the fight.

Generally, you would want to focus on having the maximum attack power output if you are designated as the DPSer of the party, or focus on improving your shields and heal as support. The recommended engravings will vary from each class, but here’s a quick overview on the most recommended ones:

It’s almost imperative at this point to have 3 level 3 engravings at this point, still focusing on damage ups for DPS, and healing or shielding buffs for supports.

Skill tripods are also very important to be optimized, preferably set up for a raid. Also, having max level tripods are ideal as well, but at least max out those tripods for major damaging skills.

At the very least, have level 4 gems for our major damaging skills that both provide damage increase and cooldown reduction. The mechanics for the final phase is different from the first two and players will benefit from not dragging out the fight through a higher a more constant damage output.

Needless to say, a party with good comms is needed, especially with the game mechanics at play in this Abyss Raid. It’s recommended to work with your guildmates and decide on a day every week on when most can do Abyss Raid runs since its rewards are capped to once per week. It’s also important to have a support per party since the two parties will be split at several points during the second phase.

Argos’ mechanics will once again change in this phase. This time, there will be three weathers to be aware of: daytime, nighttime, and dawn. Argos will cast a debuff on every player that varies depending on the current weather.

In each of these phases, two out of three kinds of seeds will be scattered across the arena. Depending on the time of day, their effects will either be detrimental or a counter for the current debuff.

Normally, there will be more of the bad seeds during a specific weather and only one good seed present. Once the good seed has been picked up, its effect will be applied to the players to counter the current debuff. On the other hand, battle items such as Panacea as well as cleansing skills from other classes can be used to cleanse the debuffs.

In Phase 3, Argos will retain certain attacks and mechanics from Phase 1 and 2 such as:

Argos will sit down and start charging up either sun energy if it’s daytime, or moon energy if it’s nighttime. During this charging period, two players will be marked with the corresponding sun or moon markers on top of their heads. Argos can initiate this wipe from anywhere at the map.

After a while, a stationary marker will appear on the last spot where the two players are at and Argos will then jump up and down to release the blast of energy. Anyone caught by this blast that is not inside one of the markers will be insta-killed. Also, markers can only protect 4 players, including the marked player, and markers should not overlap or else they will cancel each other.

Make sure that whoever gets the marker should know how to call out. Once Argos starts to sit down and charge up, both marked players should alert the others through any means to stack up and they should position just far enough that the markers will not touch. They should not move too far away so that in case a player needs to move to another circle to make way for another one, they won’t have to travel too far.

Argos will move to the center and charge up sun energy. A sun seed will then slowly drop from the sky on a specific spot, marked by a yellow dot on the minimap. Argos will then blast out the sun energy. If all players manage to be at the sundrop spot as the blast goes, then everyone will survive the wipe. Otherwise, even if there’s only one player that fail to go to the spot, everyone will be wiped.

It’s important to check the minimap where the sundrop will be at, and also take the initiative to help others by pinging the location as well.

Argos will move to the center to charge up moon energy. Several moon seeds will appear on the ground which will show as purple dots on the minimap. Players should pick up all the seeds in the arena before Argos executes his attack. If successful, everyone will survive the wipe. Otherwise, as long as a seed remains on the arena, everyone will be wiped.

Similar to the daytime wipe, make sure to check the minimap to know where the seeds are and everyone should spread out to cover more ground in picking up the seeds.

Argos will move to the center and gather both sun and moon energy. As this happens, several blue seeds will drop on the arena. Picking up the seed will release a shield that can protect any number of players within it from the upcoming blast.

Though this might be the easiest one since it can only be a partial wipe, players will still have to be aware that green seeds are still present in the arena that can imprison and prevent players from hiding under the shield.

Check out this video by T-Party about the final phase of the Argos Abyss Raid: